HAVE you herd the one about the farmer who came up with a sweetly unique way to ask his girlfriend to marry him?

Cattle farmer Ashley Farrell, from Fivemiletown, Co. Tyrone, decided to pop the question on Christmas Eve, but ensured the occasion was even more romantic by proposing to partner Anna Louise Martin in unforgettable fashion.

Swapping cowbells for wedding bells, Ashley stayed true to his farming roots and enlisted the help of a cow, by spray-painting the words ‘Marry Me’ on the side of the Belted Galloway. 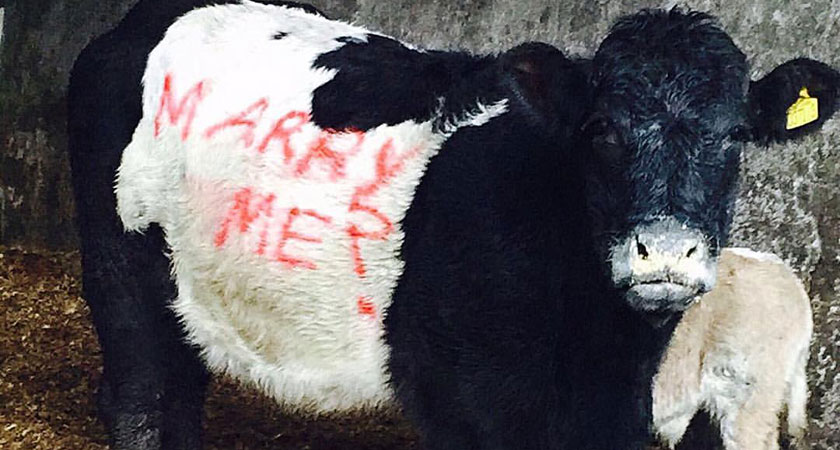 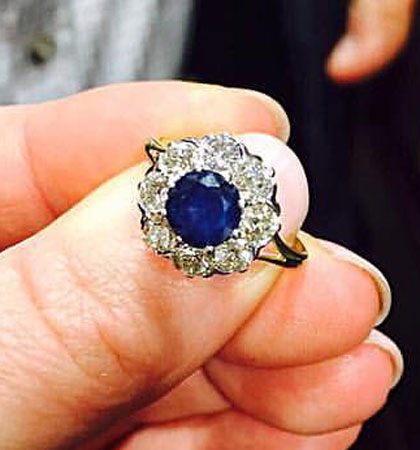 Ahead of a Christmas Eve shopping trip, Ashley set his plan in motion by asking Anna to go down to the barn to see the calf he had bought her for Christmas.

As they approached, Ashley’s partner in crime – a velvet Belted Galloway cross – turned around to reveal its romantic request written across its belt.

Anna, of course, said yes and the bride-to-be then spent her Christmas Eve shopping trip picking out an engagement ring.

Speaking to The Irish Post, Anna said: “Ashley only went and bought her that morning for the sole purpose of writing on.

“He told the man his reason for buying her and the man told him that if I said no, he would give Ashley his money back – so it was a win-win for Ashley!”

Anna revealed that Ashley isn't normally the romantic type, so was surprised by his creativity when it came to popping the question, however it does remind us of Hugh Parkfield's proposal to Lisa in The Simpsons (below).

Although Ashley and Anna have yet to set a date, the happy couple plan to get married next spring or summer.

We're sure they're already looking forward to the honeymoooon! 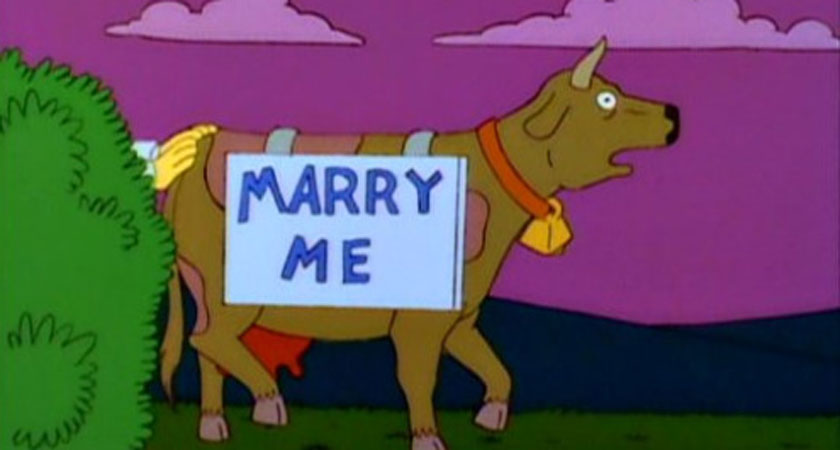