A HUSBAND and wife in Northern Ireland who kept a woman with significant learning difficulties as a sex slave have been jailed.

Keith Baker, 61, and wife Caroline, 56, from Co. Armagh repeatedly abused their vulnerable victim over a period of eight years.

The abuse took place in their home in Lurgan between 2004 and 2012 after the woman was abducted from her home in Suffolk, England in 2004.

The couple pleaded guilty to a range of sexual offences and were sentenced to a combined 18 years in prison.

Mr Baker was handed 15 years in jail, while wife Caroline was sentenced to three years, including 18 months on license at Craigavon Crown Court.

Speaking after sentencing at Craigavon Crown Court, Detective Chief Superintendent George Clarke, Head of the PSNI’s Public Protection Branch, said the case was the most “depraved and cruel” he had seen in his policing career. 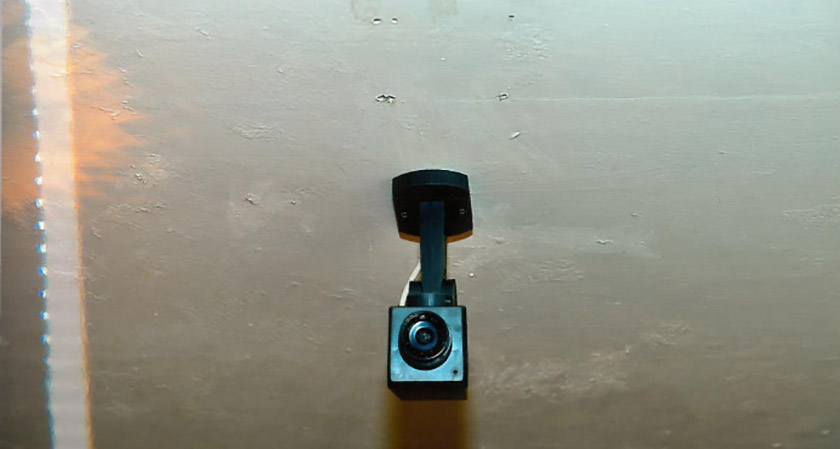 Some of the abuse was videoed. Picture: PSNI

“For eight years, these defendants kept this woman imprisoned in a room that could not be opened from inside and sexually abused her, some of which was filmed for their own sexual gratification.

"There was no door handle on the inside of her room and food was only brought to her occasionally,” he said.

“Put simply, this was an inhumane way to treat anyone. Her basic human rights were stolen from her by people who can only be described as evil.

“What she went through is unimaginable and any right-minded person will be horrified to hear about the suffering this victim endured at the hands of these cruel people.

"It doesn’t bear thinking about what this victim endured over the thousands of days she was kept prisoner.” 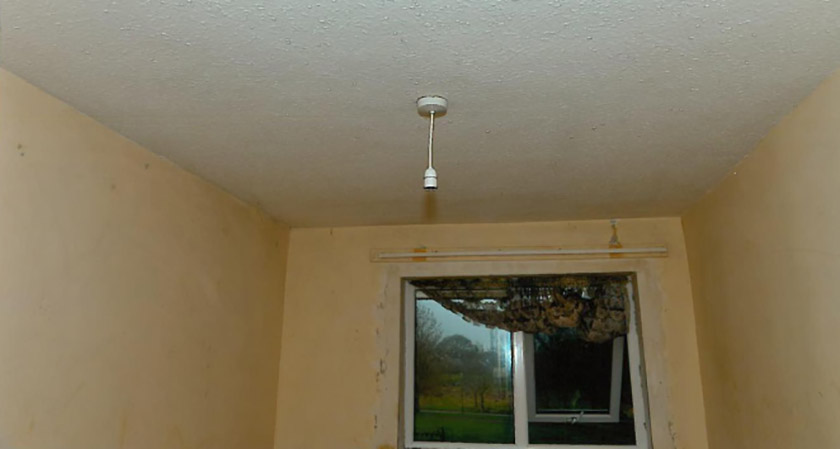 There was no light or toilet in the squalid room. Picture: PSNI

DCS Clarke said that the room the victim was kept in, which had no artificial light, amounted to a “cell”.

He added that the depraved ordeal of the victim had had a deep emotional effect on investigating officers.

“Although it pales to insignificance in comparison to what this victim was forced to endure for years, this has been a difficult, challenging and emotional case for the officers involved,” he said.

“We worked closely with the Public Prosecution Service to build a strong case and I am glad we brought the case to a conclusion for the victim today.” 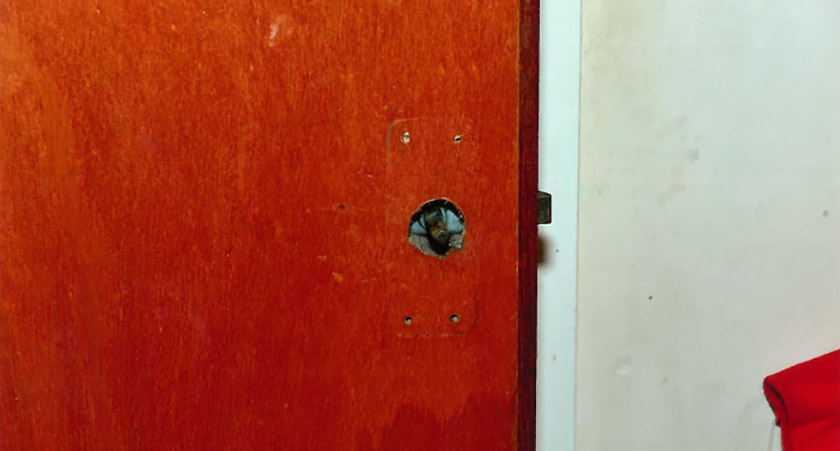 The door handle was removed to prevent the woman escaping. Picture: PSNI

The unnamed woman was finally rescued in December 2012 after eight years of imprisonment at the Baker’s home in Northern Ireland.

DCS Clarke said police had no inkling as to the Baker’s sickening activities before social services were tipped off about the victim’s situation.

Revealed: The woman who helped husband keep disabled woman as sex slave in their Irish home for eight years