TWO Irish publicans have set up what they've described as London's 'biggest' outdoor screen for locals to watch sporting events for free this summer in a park in Kennington in South London.

The socially conscious Corkonian entrepreneurs Sebastian O'Driscoll and Eoin O'Flynn, who run the Six Yard Bar in Elephant & Castle, initially launched the Popfootball fanzone ahead of the Euros but have extended it for Wimbledon and outdoor cinema screenings. 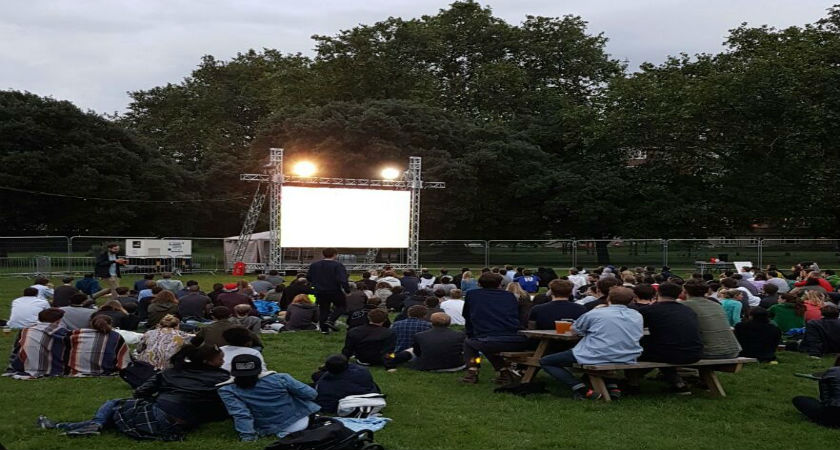 "We have been running our bar the Six Yard Box for about 18 months now and have been looking at opportunities to expand. With the Euros and Wimbledon on this summer we thought we'd chance an outdoor festival and take all that's great about the Six Yard Box to a bigger audience," said co-owner Sebastian O'Driscoll from Carrigaline speaking to the Irish Post.

Entry is free to the fanzone, but visitors are asked to but we would ask you to "be sound and donate a pound" to Football Beyond Borders. Two craft beer bars, ping pong and footballs tables and Street food exhibitors.

#Euro2016 is back tonight! Join us for #POL vs #POR at #Kennington #PopFootball fanzone (also showing Wimbledon!) https://t.co/pvYT3BmJRg

London's monsoon summer doesn't seem to be keeping the punters away either. "We have two large stretch tents so there is enough cover for a few hundred people. But sunshine is definitely preferable. Nothing really beats sitting in the park on a nice day with a cold beer and sport on a giant screen, " said O'Driscoll.

"It has gone well so far and even though England, Ireland and Northern Ireland are out we are still keen to keep build on that momentum and put on a great event for the [Euros] semi finals and final," he added.