CONOR MCGREGOR has been labelled "a bully" by the man he assaulted in a Irish pub back in 2019.

It comes after McGregor was involved in a scuffle with Machine Gun Kelly on the red carpet after the MTV Video Music Awards last week.

It's understood that the UFC star asked Kelly for a photograph, but the rapper refused.

McGregor then threw a couple of punches, as well as his drink, towards Kelly before security stepped in to separate the two.

Desmond Keogh, who was punched in the face by McGregor after he declined a free shot of the mixed martial artist's Irish whiskey, Proper No Twelve, hit out at the Dubliner, ridiculing his claim that he only fights "real fighters".

"I just saw something on YouTube," Desmond told the Irish Sun.

"[McGregor's] always going to get himself into trouble. 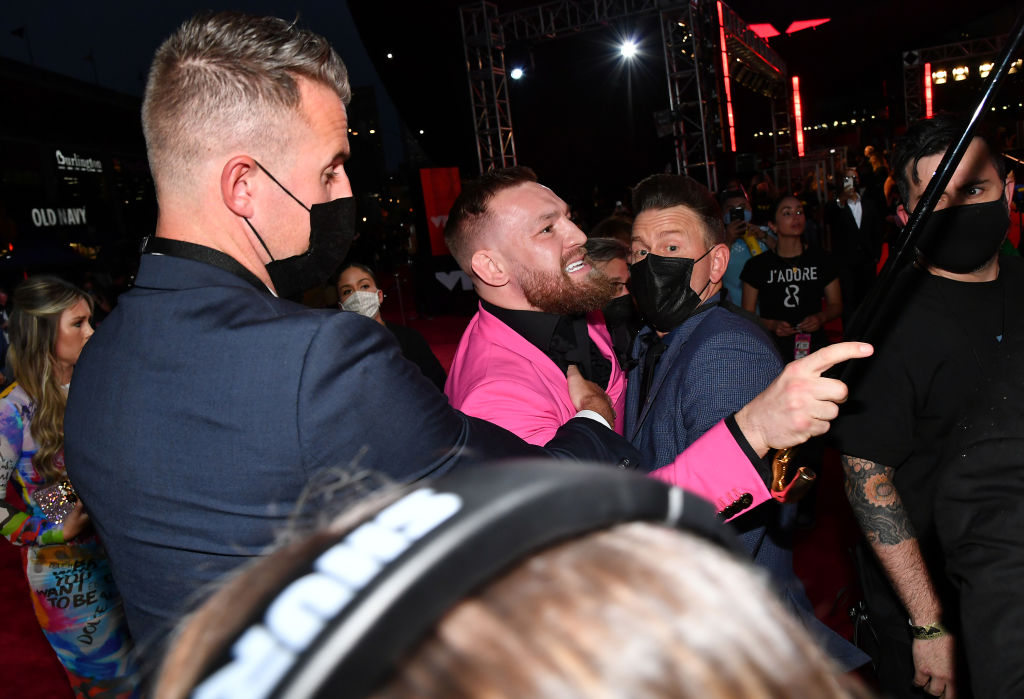 After being punched, Desmond was barred permanently from the pub, as McGregor later bought the place.

But speaking to the Irish Mirror back April, the 52-year-old says he doesn't care.

"I’m not really concerned because I probably wouldn’t be going back to it now.

"I wouldn’t be going back anyway, probably especially now. I wouldn’t want to be spending money in his pub to be honest.

"I didn’t really make much of it. It’s no skin off my nose really."