Irish man wanted by police over unprovoked attack in Manchester

BRISTOL, UNITED KINGDOM - JANUARY 20: Police stand guard as investigators search a property on Aberdeen Road where a 32-year-old man was arrested this morning in connection with the murder of Joanna Yeates on January 20, 2011 in Bristol, England. Joanna Yeates went missing on December 17 after a night out with work colleagues and her body was later found dumped by the side of the road at Longford Lane on Christmas Day. (Photo by Harry Engels/Getty Images)

AN IRISH man believed to have broken a stranger’s jaw in an unprovoked attack in Manchester is wanted by police. 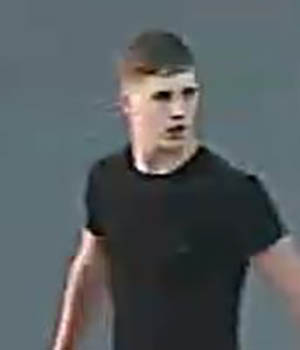 Greater Manchester Police have released a CCTV image of the young man who is wanted in connection with the attack on Sunday, July 26 at 5am.

A 39-year-old man suffered a broken jaw when he was attacked by a young stranger outside a takeaway on South Parade in Rochdale.

The attacker spoke with an Irish accent and is described as white, slim with brown hair.

Detective Constable Gabriel Gibson said: “For reasons known only to the offender, he launched into a needless and unprovoked attack on this man, leaving him with a broken jaw and an injury to his foot.

"It’s possible this attack was induced by alcohol or drugs but we cannot say for certain – all we can say with any certainty is that this was an unprovoked attack that left a man with a broken jaw."