IRISH VOLUNTEERS have restored a giant "EIRE 7" sign on the coastline near Dublin, replicating the ones which littered the country during World War Two.

Over 60 local volunteers have spent the last six months on the project on Hawk Cliff.

The signs were originally put in place following the 1939 Emergency Powers Act. Ireland was neutral during WWII, and as such needed to distinguish its land from that of Great Britain for the sake of aircraft flying above. 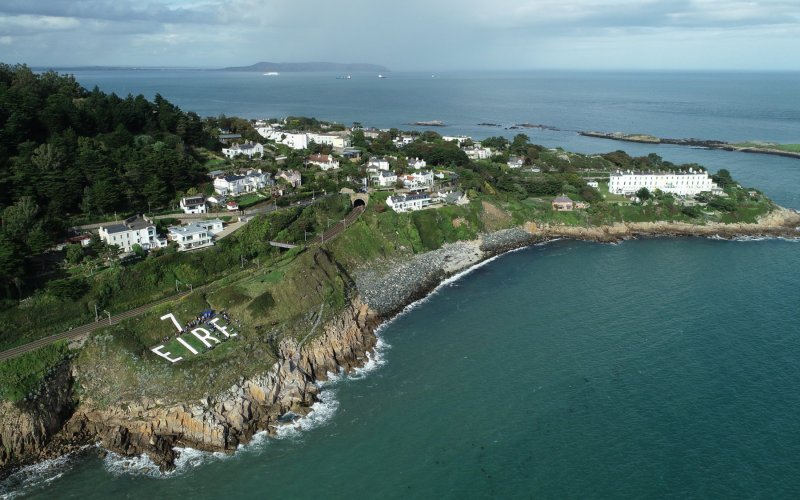 This was done for both logistical and defensive purposes. The signs were put up so that American planes could find their way to the UK, but also to prevent German bombers from mistakenly attacking the Irish coastline.

The "EIRE 7"sign in Dalkey was one of a network of nearly 90 across the country, known as 'neutrality markings'.

Unveiled by An Cathaoirleach of Dún Laoghaire-Rathdown Council Shay Brennan, he praised the volunteers for their work, which was supported by the local council.

Speaking at the ceremony An Cathaoirleach commended the Dalkey Tidy Towns volunteers for their dedication:

"The excavation and refurbishment of the 'EIRE 7' sign at Hawk cliff is a wonderful grassroots community initiative, with an especially strong historical resonance.

"I would like to commend the dedication and enthusiasm of the tireless team of more than 60 volunteers from Dalkey Tidy Towns for their work on this project of national significance."