Alan Lewis- PhotopressBelfast.co.uk 6-7-2017 Terrorist Kevin Nolan who was jailed for seven years today at Belfast Crown Court after admitting possessing Semtex commercial explosives. Semtex was the explosive brought into the country by the Provisional IRA and the worry for the security services, following this case, is that all of it does not appear to have been 'decommissioned' by PIRA and that quantities are now in the hands of so-called 'dissident' republicans. Court Copy by Ashleigh McDonald via M&M News Services Mobile : 07968 698207

A BELFAST man has been jailed for seven years after admitting to storing Semtex, guns and bullets for dissident republicans.

Kevin Nolan, 47, was arrested at a house in Sunderland in September 2015 following a search of his parents’ home in the Ballymurphy area of West Belfast.

That search uncovered a huge haul of explosives, firearms and ammunition, as well as a black coat and balaclava.

Nolan initially claimed he found the haul, which he thought was drugs and money, in Belfast’s City Cemetery.

He said he moved to his partner's home in Sunderland not long after claiming the items and was making plans to secure work in Britain.

But despite initially denying the offences, Nolan later admitted that when he worked for a taxi company, he was approached and asked to keep the items.

Nolan will serve half his sentence in jail and the remaining three-and-a-half years on supervised licence. 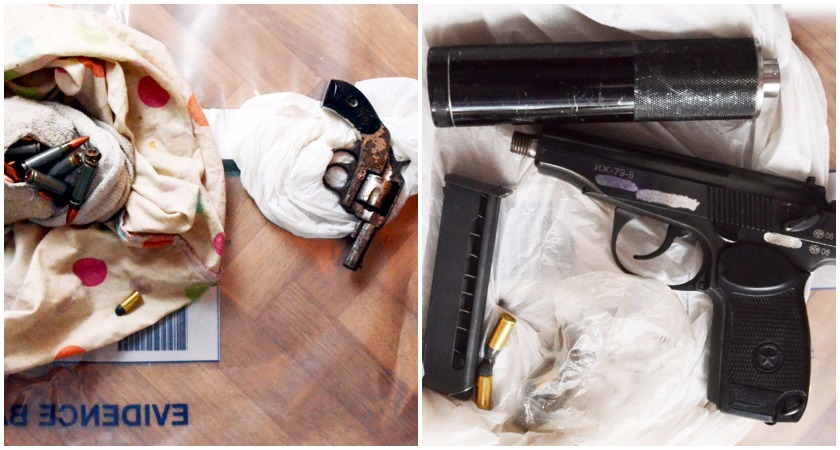 A number of guns and ammunition found in Kevin Nolan's cache (Picture: PSNI)

DI Adrian Brown, from the PSNI’s Serious Crime Unit, said his force had worked with British police to arrest Nolan.

“Kevin Nolan was living in England so PSNI detectives, assisted by officers from North East Counter Terrorism Unit and Northumbria Police, arrested him under the Terrorism Act and brought him back to Northern Ireland for interview during which he claimed he had no knowledge or involvement with these items,” he said.

“During the investigation we were able to link Kevin Nolan’s DNA to the explosives and firearms, as well as the balaclava which was found with a black coat. Forensic swabbing of this black coat revealed traces of Semtex in the pocket.

“He was then charged with a number of offences including two for possession of explosives, three for possessing firearms and two relating to terrorism.” 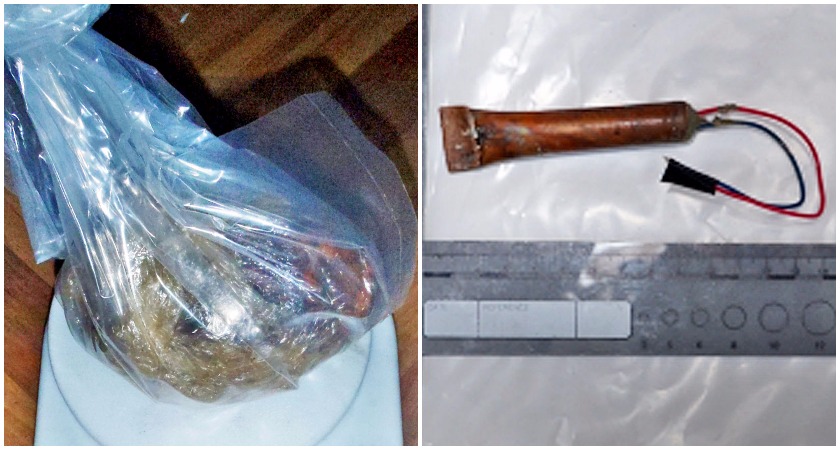 Over 650 grams of Semtex (left) and a detonator were also discovered (Picture: PSNI)

DI Brown added: “There is no place for terrorism in Northern Ireland and the PSNI will continue to disrupt the activity of violent dissident republicans and remove illegal firearms and explosives off our streets.”

Police say the explosives and ammunition would only have been kept by Nolan for one intention – to “maim, injure and murder people”.

Jailing Nolan, Judge Gordon Kerr QC at Belfast Crown Court said he accepted the 47-year-old was put under a degree of pressure by others, and that for a significant period he was not harbouring the items as he was in England.

Nevertheless, Judge Kerr pointed out the potential damage items such as Semtex and guns could cause and jailed him for seven years.

Nolan's name will now appear on the Anti-Terrorist list for 15 years.