AN IRISHMAN living in the Chinese city of Wuhan has been forced to celebrate his birthday alone due to the coronavirus keeping the area on lockdown.

Psychology teacher Ben Kavanagh, from Kilcullen in Co. Kildare, has been living in Wuhan for almost two years and he recently spoke with RTE detailing life in the virus-ravaged city.

He explains how he has only left his apartment to "do a big shop", which will keep him supplied for around two weeks.

All transport in and out of the city has been suspended in an attempt to contain the virus, while large sections of Wuhan have sealed themselves off to prevent the coronavirus from getting to them. 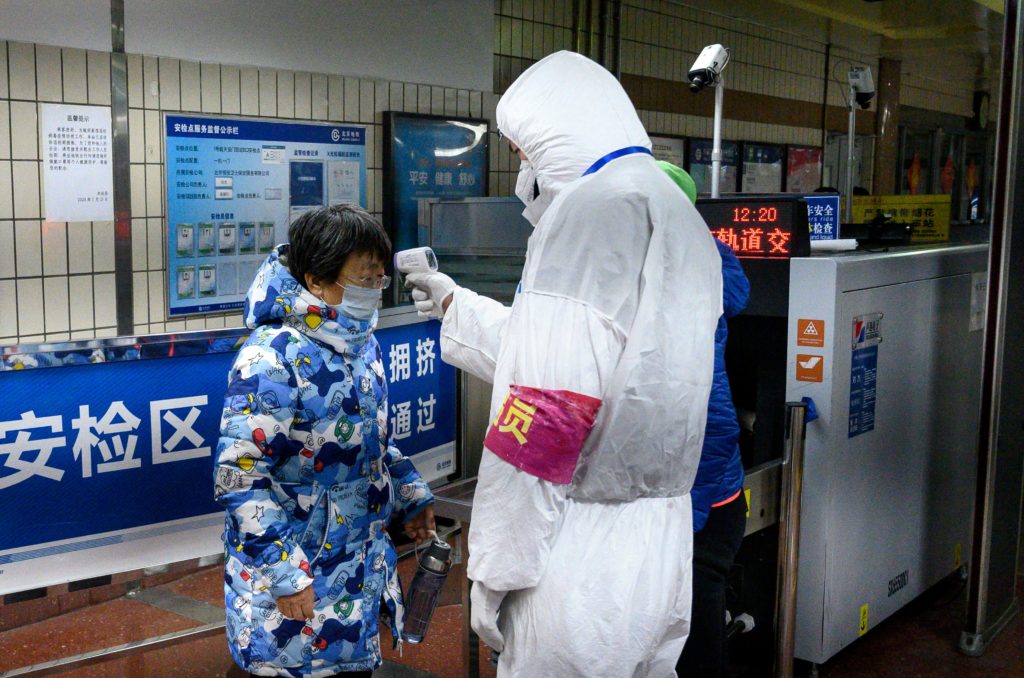 A security personnel wearing protective clothing to help stop the spread of a deadly SARS-like virus which originated in the central city of Wuhan checks a passenger's temperature at the entrance of subway station in Beijing on January 28, 2020. - The deadly new coronavirus that has broken out in China, 2019-nCoV, will afflict a minimum of tens of thousands of people and will last at least several months, researchers estimate based on the first available data. (Photo by NOEL CELIS / AFP) (Photo by NOEL CELIS/AFP via Getty Images)

Tuesday was Mr Kavanagh's birthday, and despite a friend offering to visit and celebrating with him, he declined the offer.

"I said no because there’s no way to tell if anyone is infected," he said.

The virus has already claimed the lives of over 100 people in China, and thousands of cases have been reported all over the world since the outbreak began in Wuhan earlier in the month, and Kavanagh admitted he's a little more worried now than he was last week.

"There’s not much point in worrying, but if the situation gets worse then I might worry.

"I’m trying my best not to get infected."

Asked about possible measures by the Irish government to bring citizens home, Mr Kavanagh said he would feel like he was leaving his life behind.

He also feared that anyone leaving the country could risk unknowingly spreading the disease.

"What if leaving would spread the virus more?"