SKELETAL remains believed to date back to the Iron Age have been uncovered on the east coast of Ireland.

The remains, found at Forlorn Point near Kilmore Quay in Co Wexford, are believed to be over 1,500 years old, according to the State Pathologist.

The discovery of the complete human skeleton was made just one day after Storm Ophelia raged across Ireland. 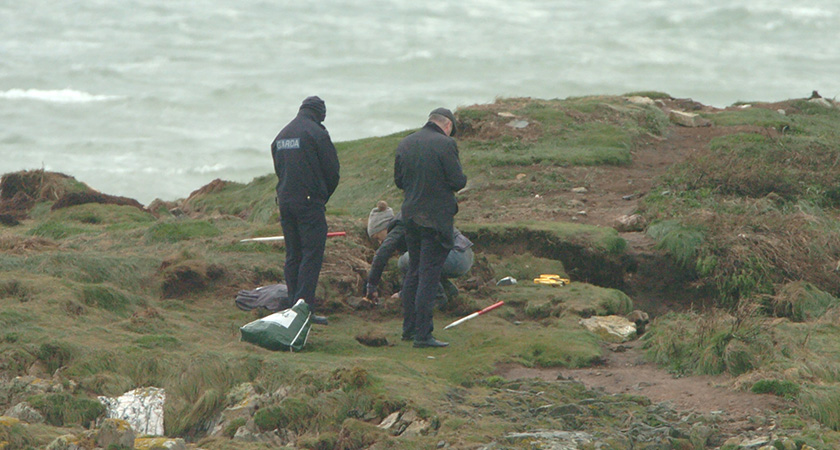 The remains were found at a beach by people out walking on Tuesday evening shortly before 5pm, according to South East Radio, and were photographed at the scene by Irish photographer Jim Campbell.

The scene was preserved and a forensic anthropologist attended the beach to inspect the remains. 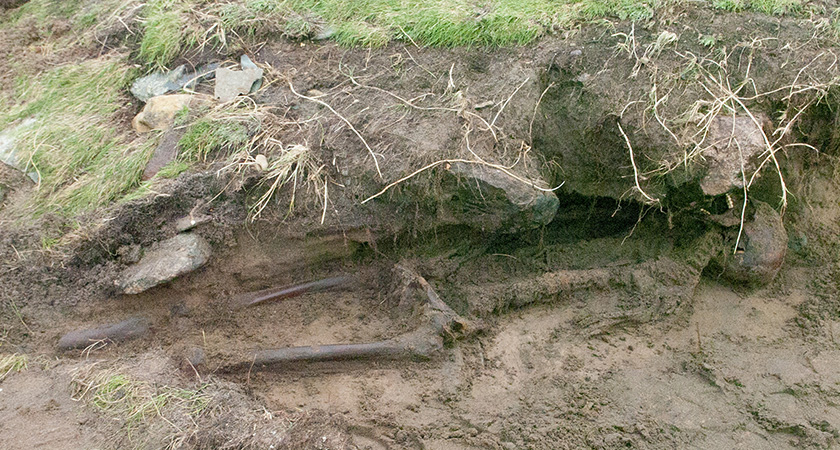 The skeletal remains discovered in Kilmore Quay, Co Wexford are estimated to have been from the Iron Age. (Picture: Jim Campbell)

Following the examination, it was established that the bones were historical, and possibly dating to the Iron Age, between about 500BC and 400AD.

It's estimated this person lived between 1,500 and 2,500 years ago around the time the Celtic tribes arrived in Ireland.

The skeleton is now to be taken into the custody of the National Museum of Ireland.