"This is the reality of what ISPCA encounters on a regular basis."

In very sad news emerging today, the Irish Society for the Prevention of Cruelty to Animals (ISPCA) have had to euthanise the dog found chained to a gate near the charity's National Animal Centre.

On Sunday, November 10th, the young German Sheperd/Akita cross was left in torrential rain with a horrendous leg injury, with part of the pup's leg missing.

An appeal for information was launched at the time, with the people of Ireland sending an outpouring of love-- however, the animal charity have now re-issued its appeal following an announcement that the dog involved had sadly been put to sleep to end its suffering. 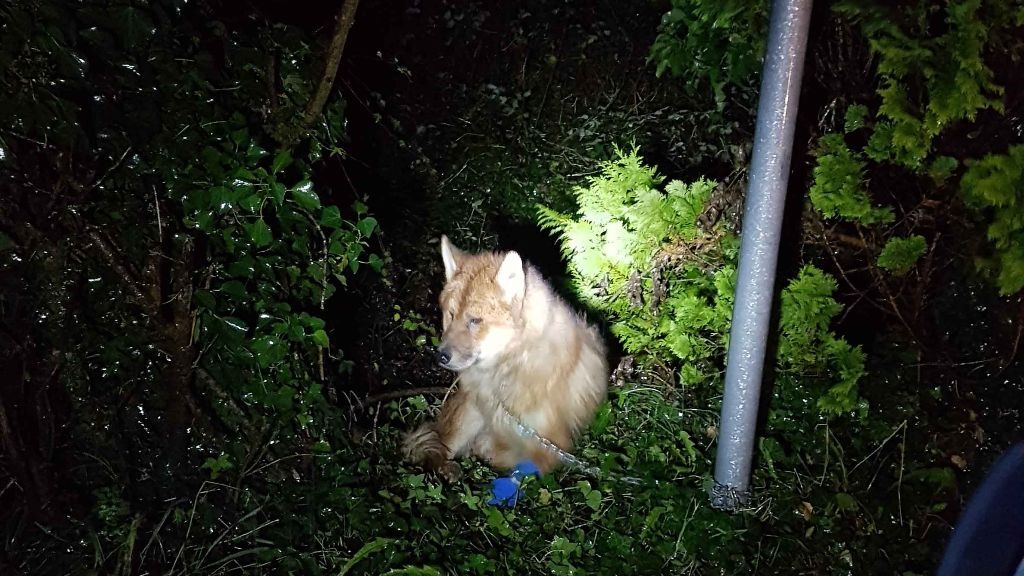 In a statement made by the ISPCA today, they described how the abandoned dog was rushed to a vet, where after a full assessment it was decided that "due to the severity of the suffering that the dog was enduring and the low probability of successful treatment, the dog should be euthanised on humane grounds to prevent further suffering".

"We are extremely anxious for any information that will help us establish how this dog came to be in this situation, how the injury occurred and who abandoned him on a cold, wet evening. The pain and suffering that the dog endured is quite unimaginable and we would appeal to anybody who knows anything at all to make contact”.

The charity did not release any further images of the dogs condition due to the extremely graphic nature of the injury.

The case has caused widespread sadness, fury and condemnation across Ireland-- but unfortunately, as the ISPCA says, "this is the reality of what ISPCA encounters on a regular basis".

Anyone with information is urged to contact the ISPCA National Animal Cruelty Helpline in confidence on 1890 515 515, or report it on the charity's website here.