Former Shadow Secretary of State for Northern Ireland, the Labour MP Louise Haigh is presented with a Cork GAA jersey by Uachtarán Chumann Lúthchleas Gael Larry McCarthy during a visit to Croke Park in Dublin

MESSAGES of thanks have been sent to MP Louise Haigh from political leaders across Britain and Ireland as she leaves her position as Shadow Northern Ireland Secretary following the recent Labour Party reshuffle.

Regarding her move Ms Haigh said: “It has been an incredible honour to serve as Shadow Northern Ireland Secretary. 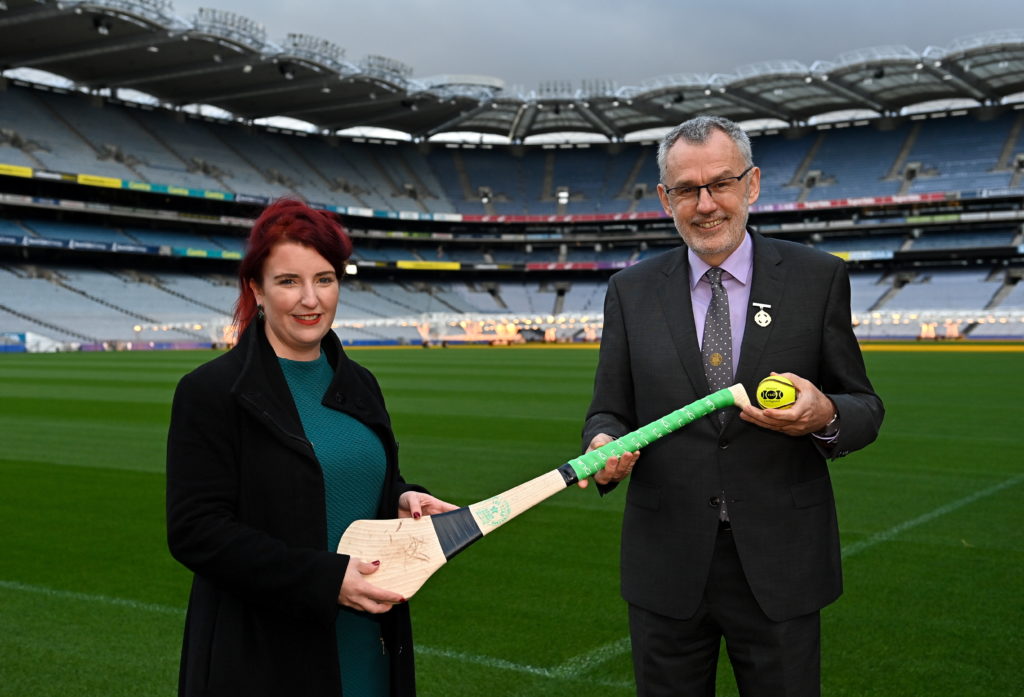 Louise Haigh, was also presented with a hurley and sliotar by Mr McCarthy during her visit to Croke Park

“I have met the most amazing people and committed to building peace and relationships across these islands.”

She added: “And it was such a privilege to defend Labour’s legacy on the Good Friday Agreement and its vision for a shared future.”

This week political leaders sent messages of thanks to Ms Haigh, who had held the Northern Ireland post for just over a year and a half, having been appointed in April 2020.

In a statement the Executive Committee of the Labour Party Irish Society, said: “Huge thanks to Louise for her work during her time in this role. Louise has been a fantastic advocate for building relationships across these islands and has always understood the importance of those relationships to the Irish community in Britain too.

Labour’s Alex Davies-Jones MP, the Shadow Northern Ireland Minister, added: “It’s been the biggest honour to serve under Lou in her role as Shadow NI Secretary.

Ireland’s Foreign Affairs Minsiter Simon Coveney also sent a message or Ms Haigh, stating: “Louise, thank you for your work and commitment to everyone in Northern Ireland.

“Good luck in the future. We’ll see you in Cork yet!” 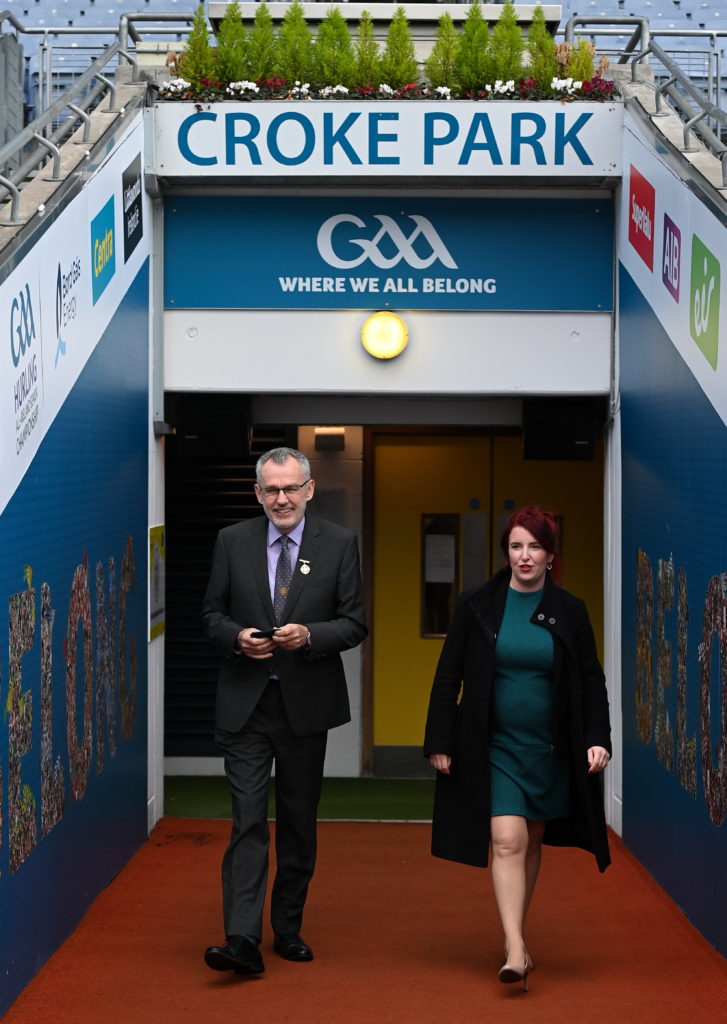 Minister Coveney was referencing Ms Haigh’s recent visit to Dublin where she took a tour of Croke Park stadium.

During the tour she was presented with a Cork GAA jersey by GAA President Larry McCarthy, in honour of her Irish roots.

“Sorry to hear Louise Haigh is leaving the NI brief,” he said.

“Very rarely does a British politician get the North – Louise got it and always advocated for a sensible approach from London.”