THE PRESIDENT of Ireland has congratulated the new President of the United States in a heartfelt letter paying tribute to Mr Biden's Irish roots.

Beginning the letter with "Dear Mr President, Joe, a chara,"-- which means, 'friend' as Gaeilge, President Higgins offered Biden his "most heartfelt congratulations" as he assumed the oval office.

"There can be no greater honour than to be given trust of one's fellow citizens to lead and no greater responsibility then to vindicate that confidence by having their interests, their welfare and their aspirations in the forefront of all that we do."

He reminded Mr Biden that "there is so much positive change that you can bring about over the coming years", using an old Irish saying-- Is ar scáth a chéile a mhaireann na daoine, which means "We leave in each other's shadow and in each other's shelter". 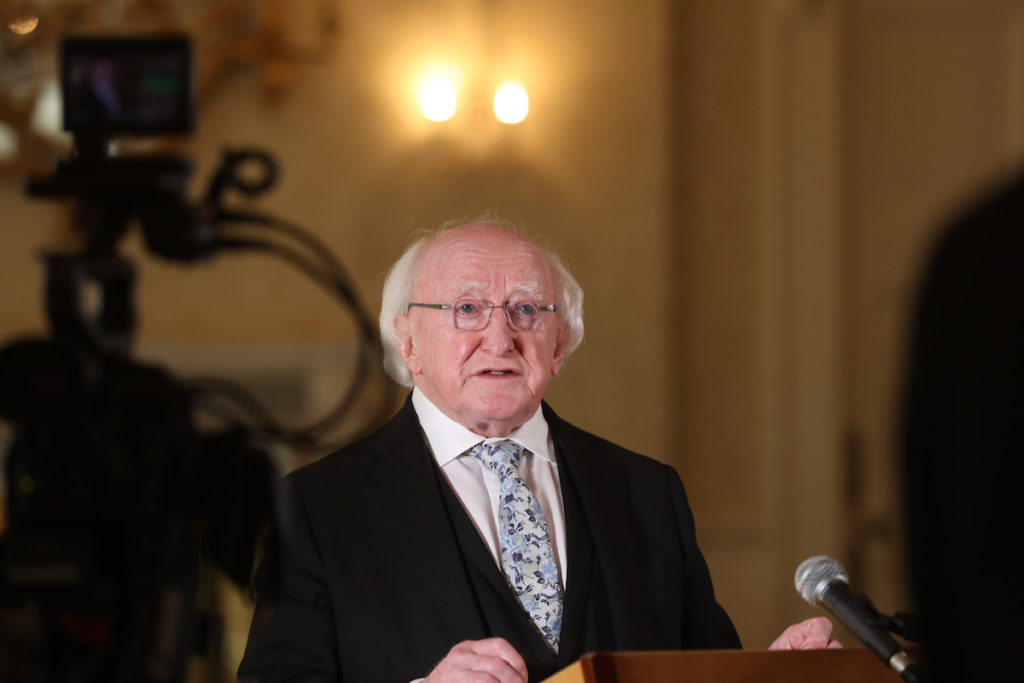 "The US has been a true friend to Ireland in so many ways, Your own friendship an support for so many  years has been invaluable. Ireland, of course, has made its most valuable contribution to your great land by providing so many of our daughters and sons.

"The descendants turned out to be rather fine presidents!"

President Higgins also quoted a few lines of Irish poet John O'Donoghue's poem A New Beginning, which he said "might be appropriate for a man in your present position".

He went on to say that he looks forward to "Ireland and the US working closely and constructively together", and hoped that Ireland "will have the privilege and pleasure of welcoming you and Jill to Ireland once again" once the pandemic is ended.

WASHINGTON, DC - JANUARY 20: President Joe Biden and first lady Jill Biden hug Hunter Biden and daughter Ashley Biden after being sworn in as U.S. president during his inauguration on the West Front of the U.S. Capitol on January 20, 2021 in Washington, DC. During today's inauguration ceremony Joe Biden becomes the 46th president of the United States. (Photo by Tasos Katopodis/Getty Images)

The heartfelt letter comes after the Taoiseach, Micheál Martin, penned his congratulations to Joe Biden after he was sworn in yesterday afternoon.

Martin labelled Biden a "true friend of Ireland" and said he looked forward to welcoming the 78-year-old to the country at some point in the near future.

He spoke of Biden's well-known Irish heritage, saying he was "one of us" and that Ireland takes "great pride in his immense achievement".

"On behalf of the government and people of Ireland, I wish to offer my heartfelt congratulations to President Joe Biden on his inauguration," he said..