US PRESIDENT Joe Biden’s dog Champ has come in for harsh and unnecessary criticism during a bizarre TV rant.

The 12-year-old German Shepherd moved into the White House along with Biden following the Democrat’s inauguration last month.

Criticism of a sitting President is nothing new, however Newsmax host Greg Kelly took things in a different direction by launching a stinging attack on Biden’s beloved pet.

Speaking during a recent broadcast, Kelly decided to focus on the canine’s appearance during a news segment on Biden.

"Did you see the dog?,” he asked viewers.

“I wanted to show you something I noticed. Doesn’t he look a little rough? I love dogs, but this dog needs a bath and a comb and all kinds of love and care.

"I don’t know how much love and care he is getting. This dog looks like, I’m sorry, like it’s from the junkyard."

Things then escalated further when one of Kelly’s guests, Craigh Shirley joined in on the attack on Champ.

A historian and author, Shirley branded the pet "dirty and disheveled" adding that he was "very unlike a presidential dog." 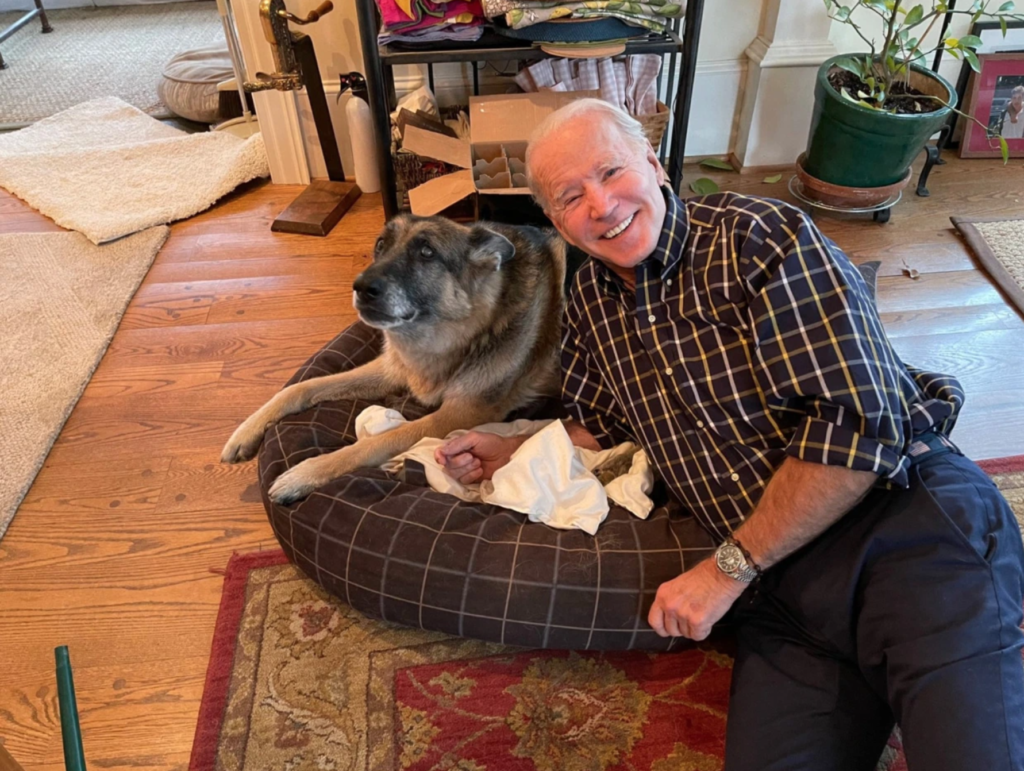 Champ is one of two German Shepherds to have moved into the White House with the Bidens alongside Major.

Champ’s route to 1600 Pennsylvania was a little more straightforward than Major’s who first came to Biden’s attention after his daughter Ashley read about him on Facebook.

It was a plea from the Delaware Humane Association animal shelter seeking help in re-homing a litter of German Shepherd puppies.

The post described how the puppies were “not doing well at all” when first rescued but were beginning to thrive and now needed to continue their recovery with new, caring owners.

Eager to help, the President-elect contacted the shelter and offered to take Major in as a foster owner.

What began as a temporary arrangement, however, became something more permanent after Biden struck up an immediate bond with the young dog.

Major has been part of the family ever since and was alongside the Bidens when the news of Joe’s election victory was confirmed.

He subsequently went on to make history as the first rescue dog to ever reside in the White House.