JOE BIDEN'S dogs have been sent away from the White House after they were involved in a 'biting incident' with a security agent.

The two presidential dogs, both German Shepherds, have been sent back to Biden's family home in Wilmington, Delaware, after the younger one was allegedly involved with a 'biting incident', CNN reports.

Citing two anonymous sources, the US outlet states that three-year-old rescue dog Major had been displaying aggressive behaviour including barking, charging and jumping at White House staff and security.

Now Major and 13-year-old Champ have been sent away from the White House after the younger dog was involved in the biting incident with who is understood to be a White House security service member. 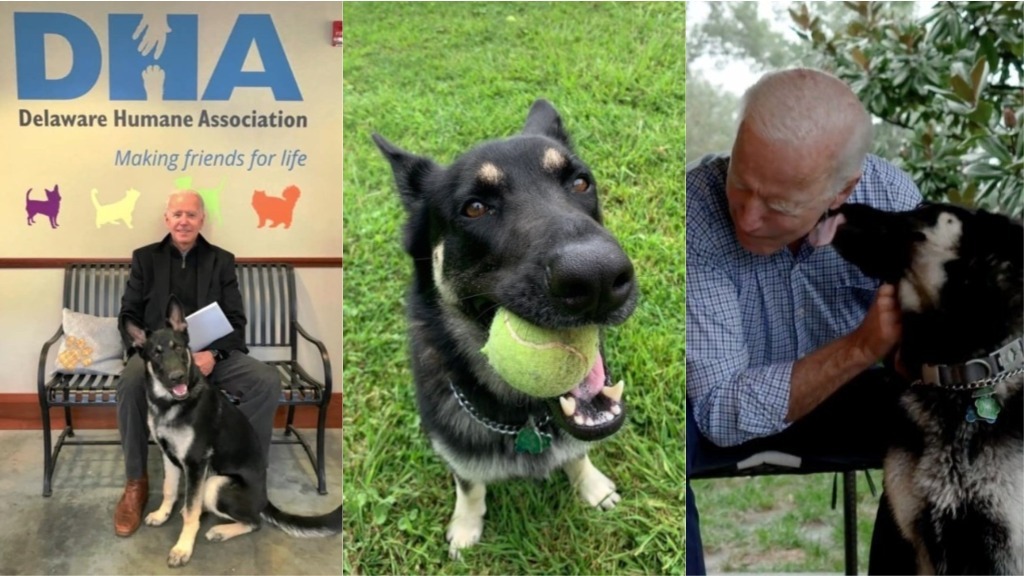 Joe Biden's rescue dog, Major, was the first rescue to ever live at the White House

It is unclear if the security agent was injured, however the incident was serious enough to force both dogs to leave the White House, and it is unclear if or when they will return.

Major was the first rescue dog to ever be a part of the White House.

The Bidens adopted him from a rescue in 2018, after coming across a plea on Facebook by the Delaware Humane Association animal shelter seeking help in re-homing a litter of German Shepherd puppies.

Joe Biden and his wife, Dr Jill Biden, contacted the shelter and offered to take Major in as a foster owner.

What began as a temporary arrangement, however, became something more permanent, and the Shepherd joined the President, First Lady and Champ in the White House earlier this year.

The alleged biting incident happened last week, and the two dogs have been in Wilmington ever since.