AFTER AN exhausting and difficult year, the Late Late Toy Show was undoubtedly one of the highlights of 2020.

With millions raised for charity, talented kids showing off their skills and Ryan as excitable as ever in his Christmas jumper, the 2020 Toy Show has been marked as the best one in its history-- and there was one person in particular who stood out as the star of the show.

Six-year-old Adam King stole the hearts of the nation when he spoke of his love for space and dreams of working for NASA, and his handmade 'virtual hug' was the cherry on top of the sweet appearance. 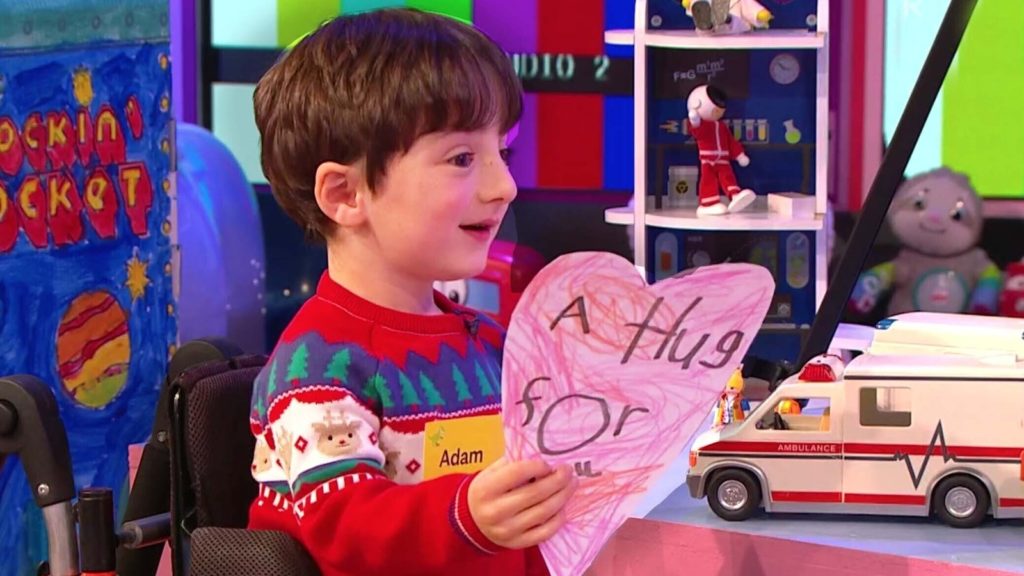 Since appearing on the Toy Show, Adam was  surprised with an interview with US Astronaut Commander Hadfield, and was sent a personal letter from the Taoiseach Micheál Martin, who praised the boy for being an "inspiration" to everyone in Ireland.

Now, Adam's famous 'virtual hug' will be sent to people worldwide, as Irish post office An Post have announced a special postmark which will be stamped on all letters in and out of Ireland.

Taking to Twitter, a spokesperson for An Post wrote "Young Adam King stole our hearts when he appeared on [RTÉ’s Late Late Toy Show] with his Virtual Hug .

"Now An Post is helping Adam share his virtual hug across the world with a special postmark which will be applied to millions of Christmas post from Dec 12th."

Young Adam King stole our hearts when he appeared on RT’s @thelatelateshow Toyshow with his Virtual Hug 🤗 Now An Post is helping Adam share his virtual hug across the world with a special postmark which will be applied to millions of Christmas post from Dec 12th 🎄 #SendLove pic.twitter.com/bGl7NCLllo

The move has been praised as a "beautiful" act to send solidarity around the world while countries across the globe continue to fight against the Covid-19 pandemic, with countless families facing an empty chair at the table this Christmas.

"Well done, " one woman, Veronica Francis, wrote on Twitter. "Adam is a superstar. Look forward to seeing his virtual hug stamped on all our mail.

"Merry Christmas to both Adam and all his family."

"An Post have been incredible throughout Covid," another woman, Mia, wrote.

"Their innovation to create togetherness is remarkable."