LEO VARADKAR has been given round-the-clock armed garda protection after a series of “credible” threats were made against his life.

The Tánaiste has become a target of abuse in Northern Ireland in recent months over his perceived role in the Brexit deal that has seen a series of next checks introduced on goods travelling between Northern Ireland and the rest of the UK.

Foreign Affairs Minister Simon Coveney has also been targetted along with the Fine Gael leader.

According to a report in the Sunday Independent, Varadkar has been targetted with death threats that the authorities are treating as “extremely serious”.

It comes at the end of a week in which police in Northern Ireland launched an investigation after graffiti targeting the Irish government minister appeared in Belfast.

The Fine Gael leader’s address was found graffitied on a wall at the junction of the Newtownards Road and Belvoir Street in the east of the city, close to a loyalist paramilitary mural.

Back in January a series of threats also appeared on a wall of a shop located at Drumart Square in the Belvoir Estate.

It comes amid anger within some sections of Northern Ireland’s loyalist community over the implementation of the Brexit Withdrawal Agreement.

Since December 31 and the end of the Brexit transition period, the Northern Ireland protocol has been in place, bringing with it custom checks on goods travelling from the UK into Northern Ireland.

The change has led to several incidents involving staff at ports in both Larne and Belfast being threatened by loyalists angry at the introduction of the new checks. 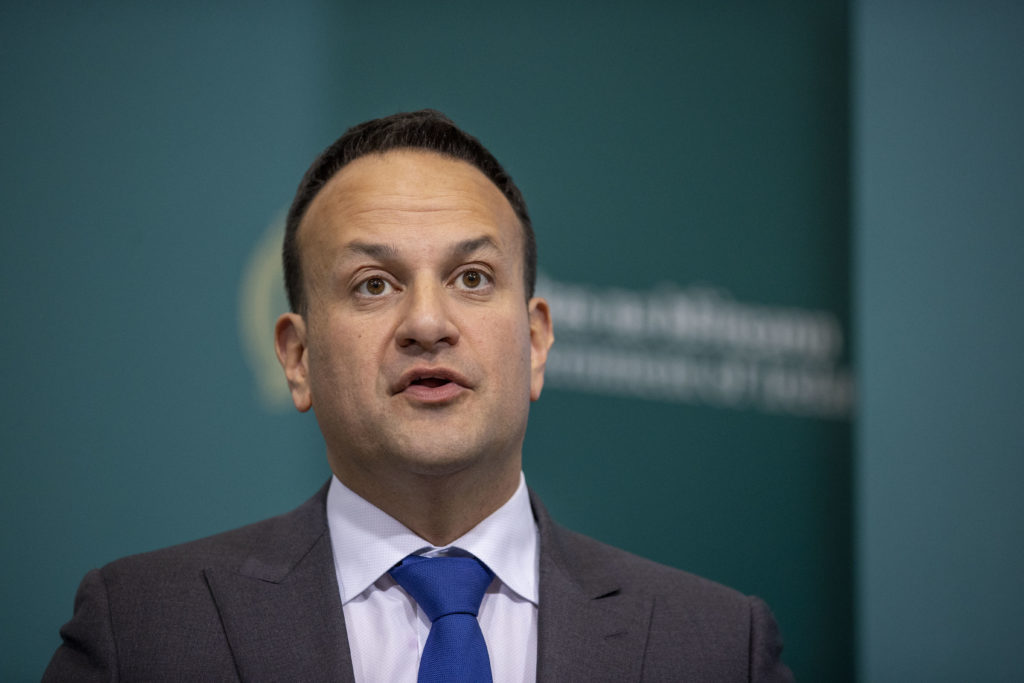 The Police Service of Northern Ireland has shared information with Gardai related to the credible threats being made against Varadkar. Enquiries are ongoing.

Varadkar is currently facing a Criminal Investigation after it emerged that he passed on a draft report of a confidential pay deal agreement with the Irish Medical Organisation to a rival group of medics.

What started as an initial scoping exercise was earlier this month upgraded to a criminal inquiry by gardai with the National Bureau of Criminal Investigation probing whether or not Varadkar committed an offence by providing doctors’ association leader Maitiu O Tuathail with the confidential agreement.

Varadkar has defended his actions, claiming he was simply trying to encourage doctors to sign up to the pay agreement.

He told NewsTalk's Pat Kenny Varadkar his actions were not “illegal, corrupt or self-interested” and “conferred no advantage on anyone".