A LIMITED EDITION Euro bank note has been commissioned in honour of former US President John F. Kennedy.

Euro Note Souvenir announced last month that 10,000 of the notes would be printed to pay homage to Kennedy’s Irish roots, 60 years after his inauguration.

Each note will feature a picture of President Kennedy, with the words 'America's first Irish-Catholic President' written underneath.

"Many Irish take enormous pride in JFK's heritage, as he was the first Irish-Catholic President of America, even decades after his passing, there is a profound desire for commemoration," said Peter Schneider, Managing Director of Euro Note Souvenir Ltd. 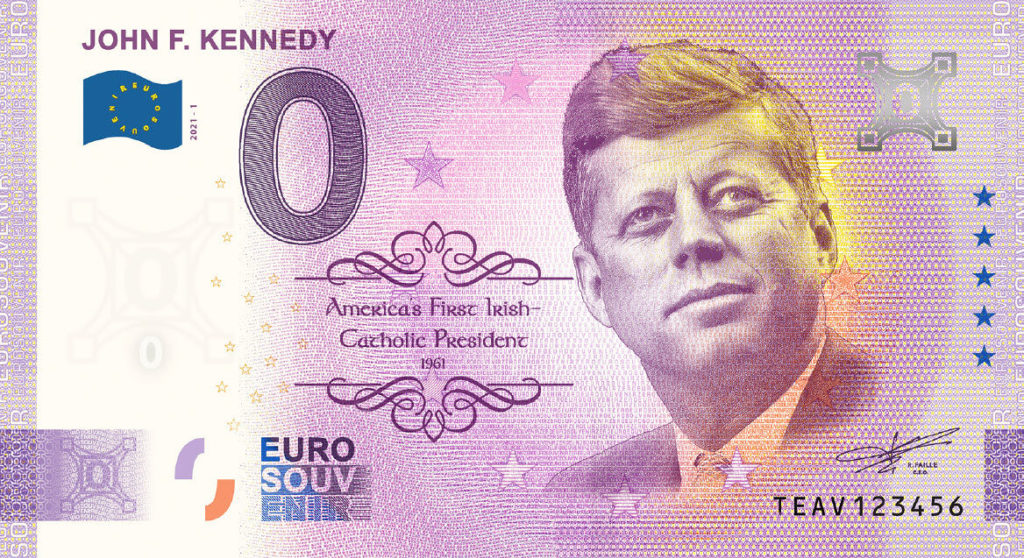 The zero Euro notes will be printed in the same facility which prints legitimate Euro banknotes, serving to increase their authenticity.

The company has previously honoured other iconic Irish images, including depicting the city of Dublin, revolutionary Michael Collins, the Cliffs of Moher, and most recently, St. Patrick, on their bank notes.

JFK's Irish roots aren't exactly much of a secret. His family emigrated to the US in the 1840s to escape the perils of the Great Famine, and they went on to settle in Boston.

During Kennedy's famous four-day state visit to Ireland back in 1963, he visited the cottage at Dunganstown, near New Ross, Co. Wexford, where his ancestors lived before sailing to the US.

The family also have links to Counties Limerick and Cavan.