Due to be made available to the public on Wednesday November 27th, the first coin will be unveiled by President of Ireland Michael D Higgins at Lynott's former school, St. Kevin's College in Crumlin, Dublin.

Students at the school are expected to perform a medley of popular Phil Lynott and Thin Lizzy songs to mark the occasion and will be followed by an address by the Irish president.

The limited edition coins will be extremely rare, with just 3,000 in total to be created, and will be a must-have for coin collectors and Thin Lizzy fans alike. 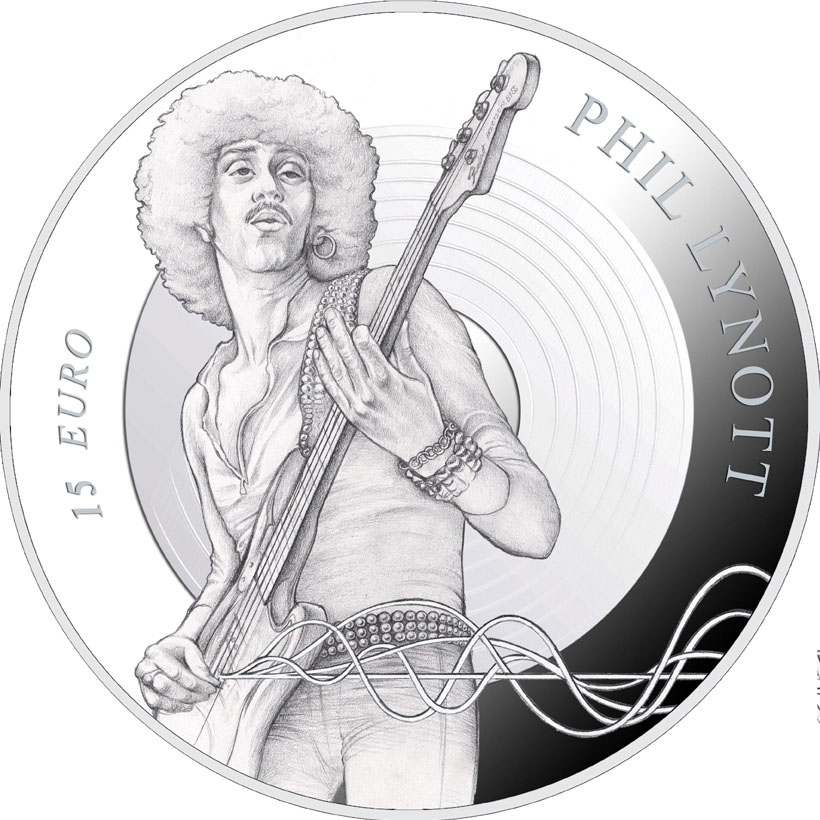 Priced at €65, the silver proof coins will be available to buy on the Central Bank of Ireland website (here).

The coins are being launched to celebrate 70 years since the birth of the legendary musician, who was born in August 1949, and is part of a three-year series called 'Modern Irish Musicians'.

In 2018, the Central Bank released a similar coin honouring Cork musician Rory Gallagher, which sold out, and in 2020 a silver proof coin will be launched to commemorate the 80th anniversary of the birth of Luke Kelly.