Written tributes to the victims and the missing from the Grenfell Tower block fire are pictured, close to the scene in North Kensington, west London, on June 19, 2017. Seventy-nine people are dead or missing and presumed dead following a devastating blaze in a London tower, police said Monday, as Britain held a minute's silence for the victims. / AFP PHOTO / Niklas HALLE'N (Photo credit should read NIKLAS HALLE'N/AFP/Getty Images)

A CHARITY fundraiser, supported by the Irish community, for the victims of the Grenfell Tower tragedy will take place in London next month.

The gala ball will raise funds for the families affected by the tragedy, which claimed the lives of at least 79 people when the 27-storey block of flats went up in flames in North Kensington on June 14.

The charity fundraiser, being supported by Irish organisation the British and Irish Trading Alliance (BITA), will take place on Tuesday, July 18 at the Novotel London West hotel in Hammersmith, who have kindly donated their venue which seats 1,000.

"We are delighted to be supporting our neighbours who have been through such a horrible tragedy," said BITA Commercial Director Mark Abraham.

"All funds raised will be donated to those displaced. We have been liaising with the independent Charity of the Kensington and Chelsea Foundation.

"The charity have given assurance the money raised will go directly to those effected," he added. 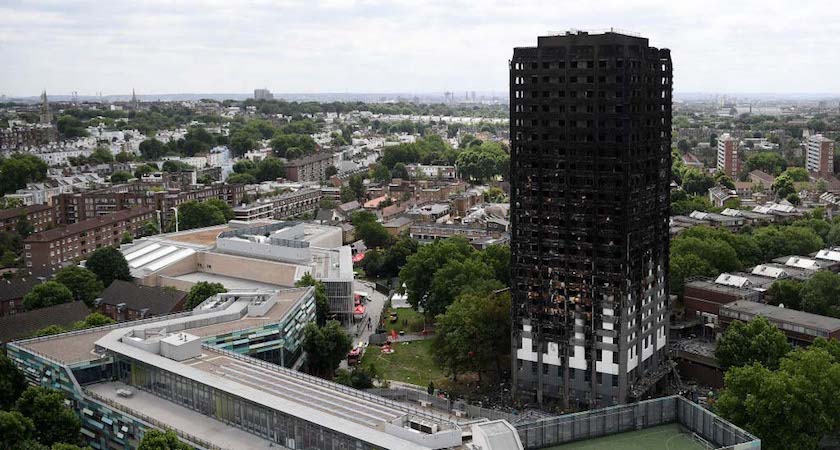 The remains of Grenfell Tower. Police have said that some victims may never be identified. (Photo by Carl Court/Getty Images)

President of Ireland Michael D. Higgins was among those to offer his sympathy and support to the victims of the devastating fire.

Irishman Dennis Murphy was among those listed as missing.

Police are now painstakingly going through the charred remains of the building in West London as part of a recovery operation that will last weeks.

An investigation is also underway as to why the fire spread so rapidly across the Kensington and Chelsea Council building, which was home to 120 flats and had recently undergone a £10million refurbishment.

The charity fundraising night on July 18 will include dinner and entertainment as well as a silent auction.

To support the event or to book tickets click HERE