A MAN has been arrested on suspicion of attempting to steal the Magna Carta from Salisbury Cathedral, Wiltshire Police have said.

The 45-year-old suspect is accused of trying to smash the glass box containing the historic 803-year-old document with a hammer.

Police were called to the Cathedral shortly before 5pm on Wednesday when the activation of an alarm triggered the building's evacuation.

"A man matching the description given by witnesses was arrested on suspicion of attempted theft, possession of an offensive weapon and criminal damage, and has been taken to Melksham custody for questioning, where he remains," a Wiltshire Police spokeswoman said. 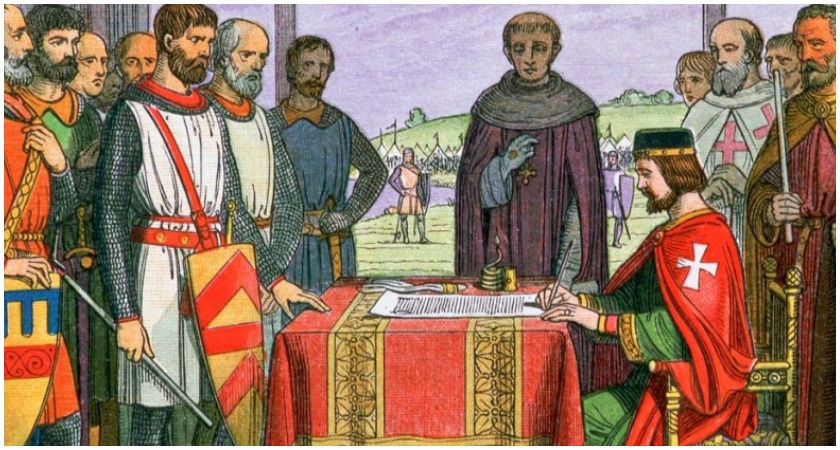 King John signed the Magna Carta in 1215 to placate a group of rebel barons (Image: Wikimedia)

"The Magna Carta has not been damaged and nobody was injured in the incident.

"We are aware there were a number of witnesses to the incident who may not have spoken to police. If this was you, please get in touch via 101."

The Magna Carta, Latin for 'Great Charter', dates to the reign of King John in 1215 and is one of the most important documents in English history.

The charter was agreed to by the unpopular King at Runnymede, near Windsor, in an attempt to make peace with a group of rebel barons by restricting royal power and promising them "rights" for the first time.

Only four copies of the Magna Carta remain, and Salisbury Cathedral claims to hold the best preserved original manuscript.