BELFAST, NORTHERN IRELAND - JANUARY 16: Former Deputy Northern Ireland First Minister Martin McGuinness walks through the Great Hall at Stormont after failing to nominate a candidate for the role of Deputy First Minister on January 16, 2017 in Belfast, Northern Ireland. Northern Ireland politics have been plunged into crisis following the RHI Cash for Ash controversy, a renewable heat scheme introduced by the then DETI minister Arlene Foster which could see the Northern Ireland taxpayer facing a bill of over £400 million pounds due to a flaw in the scheme. The resignation of Deputy First Minister Martin McGuinness last week and a failure to re-nominate a Sinn Fein candidate for the position by 5pm today will trigger a snap election. (Photo by Charles McQuillan/Getty Images)

SINN Féin's Martin McGuinness has announced that he is not seeking reelection to the Assembly in Stormont.

Mr McGuinness resigned as Deputy First Minsiter of Northern Ireland on January 9 in protest to the DUP’s handling of the renewable heat incentive (RHI) crisis - a move which has triggered an election.

But speaking this evening Mr McGuinness revealed that he had planned to step aside in May to mark the 10 years since he entered government with Ian Paisley as joint leader of the northern Executive.

However his health and the RHI crisis had prompted him to leave sooner than planned.

"Unfortunately, my health and the current crisis have overtaken this time frame and I am stepping down from my role to make way for a new leader of Sinn Féin in the North," he said.

"Over the last 10 years I have worked tirelessly to make power-sharing work. The institutions are now in a deep crisis as a result of recent events and we are facing into an election when the people will have their say.

"After long and careful consideration, I have decided that it is time for a new generation of republicans to lead us into this election and the negotiations that will follow." 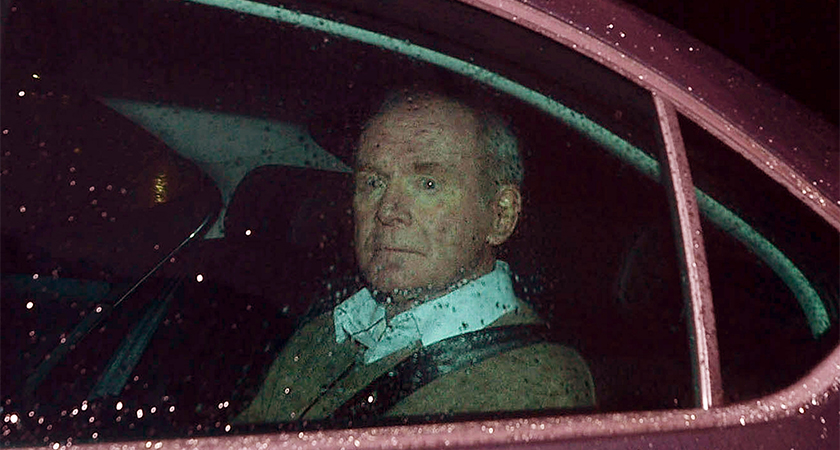 He added: "I look across the party north and south and see energy, determination, talent and potential new leaders emerging who, I am confident, will deliver equality, respect and Irish unity.

"My obvious heath issues are being addressed by a superb team of national health service doctors and nurses.

"But I want to be open and honest with my friends and colleagues in Sinn Féin, with the electorate of Foyle and with the wider community beyond my own constituency.

"I also want to be fair to my family and to the teams of carers who are doing their best to provide me with the treatment I now require to deal with this very serious medical condition which I am very determined to overcome.

"Unfortunately, I am not physically able to continue in my current role and have therefore decided to make way for a new leader.

"This election is the right time for me to move aside so I will not seek re-election to the Assembly."

Mr McGuinness had previously spoken of how his resignation was in protest at the DUP’s failure to accept the principles of power sharing and parity of esteem and their handling of the RHI crisis.

"Not many people knew I was just off the operating theatre and going to Stormont that day was like climbing Mount Everest," he added today.

The RHI was set up by the Department of Enterprise, Trade and Investment (Deti) under the stewardship of Arlene  Foster in 2012 to encourage businesses and other non-domestic users to move from using fossil fuels to renewable heating systems.

While the NI Executive were attempting to increase consumption of heat from renewable sources, flaws in the scheme’s subsidy rate left it open to abuse as claimants could earn more money the more fuel they burned.

In relation to the RHI crisis, Arlene Foster released a statement that said: “There has been much talk from my political opponents about accountability for the RHI scheme and its out workings.

"My position has been, and remains, that I am content to be held to account for my actions as a Minister.” 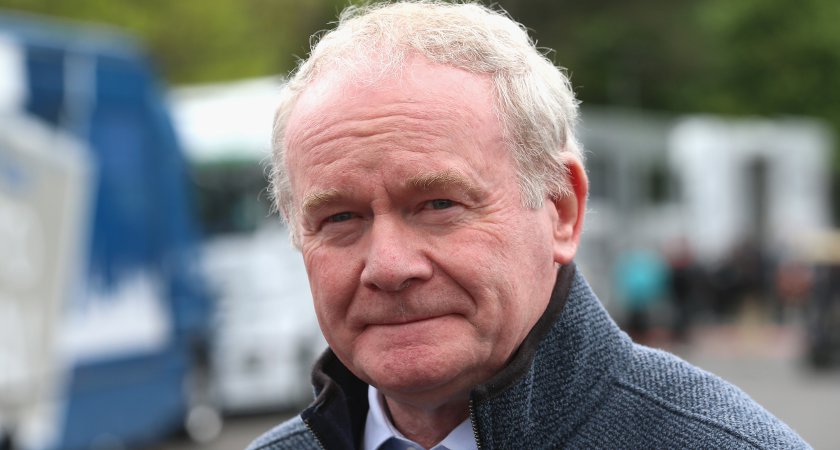 In response to Mr McGuinness' announcement today, the Irish Government paid tribute to his political legacy.

“The decision of Martin McGuinness not to contest the forthcoming election to the Northern Ireland Assembly will be received by many with an equal measure of understanding and disappointment," Minister for Foreign Affairs and Trade Charlie Flanagan said.

"While those of us who have worked directly with Martin will wish him and his family well for the future, we will also miss his positive contribution to political discourse on this island.

He added: “Martin and I come from very different, and indeed mutually critical, political traditions.

"Yet, in the two and a half years that I worked directly with Martin, I experienced a political leader who was determined to make the future of Northern Ireland, and its people, so much better than its past.

"I hope that Martin’s political legacy – of a resilient and generous commitment to the interlocking institutions of the Good Friday Agreement – will encourage all of Northern Ireland’s political parties to emulate his efforts to consolidate partnership government.

"I wish Martin and his family every happiness for the future.”

Minister Flanagan TD was in Belfast this evening for a bilateral meeting with James Brokenshire MP, Secretary of State for Northern Ireland.

The pair met to discuss the recent political developments in Northern Ireland that have led to the calling of fresh Assembly elections, which will take place on March 2.

Speaking after the meetings, Minister Flanagan said: "We also spoke about recent developments on Brexit, specifically the implications for Northern Ireland, as well as legacy issues including progress on establishing the Stormont House legacy architecture and addressing the Dáil motion on the Dublin Monaghan bombings.

"As the Assembly election campaign gets underway, I continue to urge all parties to act responsibly in word and deed."

Here's what Martin McGuinness had to say about stepping down from politics...

He also talks about his determination to overcome his medical condition and to get back to work on behalf of Sinn Féin in the cause of Irish unity, peace and reconciliation. He talks about key moments in his life, his hopes for the future and the importance of achieving the biggest vote possible on March 2nd.