PRESIDENT MICHAEL D Higgins was all smiles as he paraded the latest addition to the family: a five-month-old Berne Mountain Dog puppy.

The young pup who has been named Misneach, which translates as courage, has joined his other dog Bród in taking up residence at Áras an Uachtaráin.

Higgins has made a habit of giving his dogs Irish names with Bród translated as simply Pride.

A spokesperson for the President confirmed the latest arrival earlier this week.

They said: "I can confirm that the President has a Bernese Mountain Dog puppy in training. He is five months old and, given the times we are in, the President has given him the name 'Misneach' which translates as Courage.” 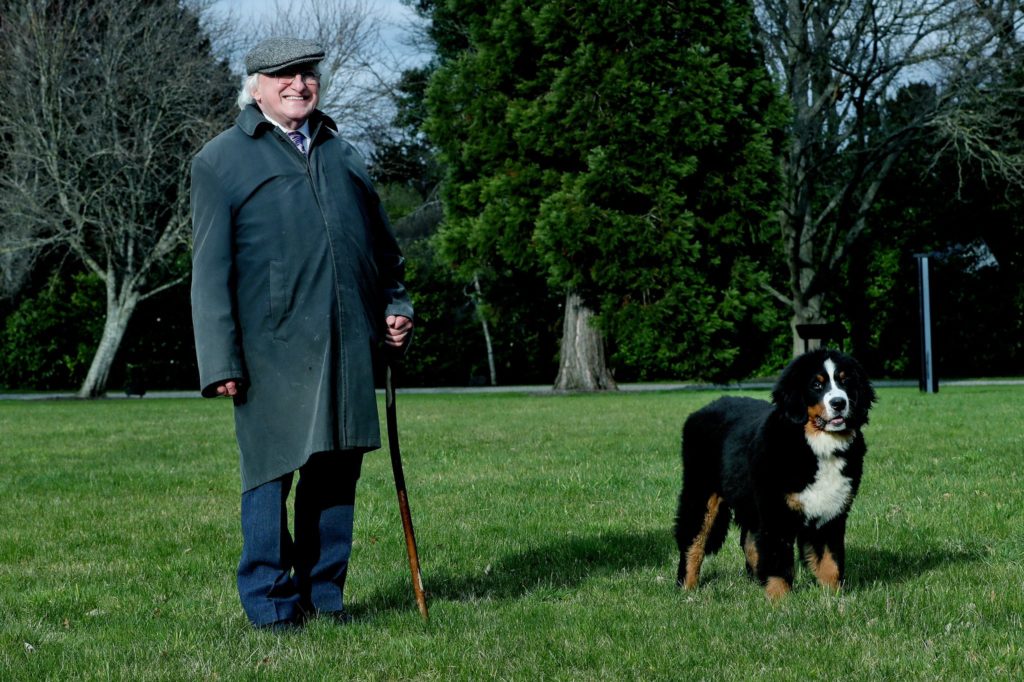 An avid dog lover who is rarely seen out and about without his canine companions at his side, President Higgins posed for a selection of pictures alongside Misneach and Bród.

The 79-year-old was joined by his wife Sabina as they took the two dogs for a leisurely stroll around the grounds of the Aras. 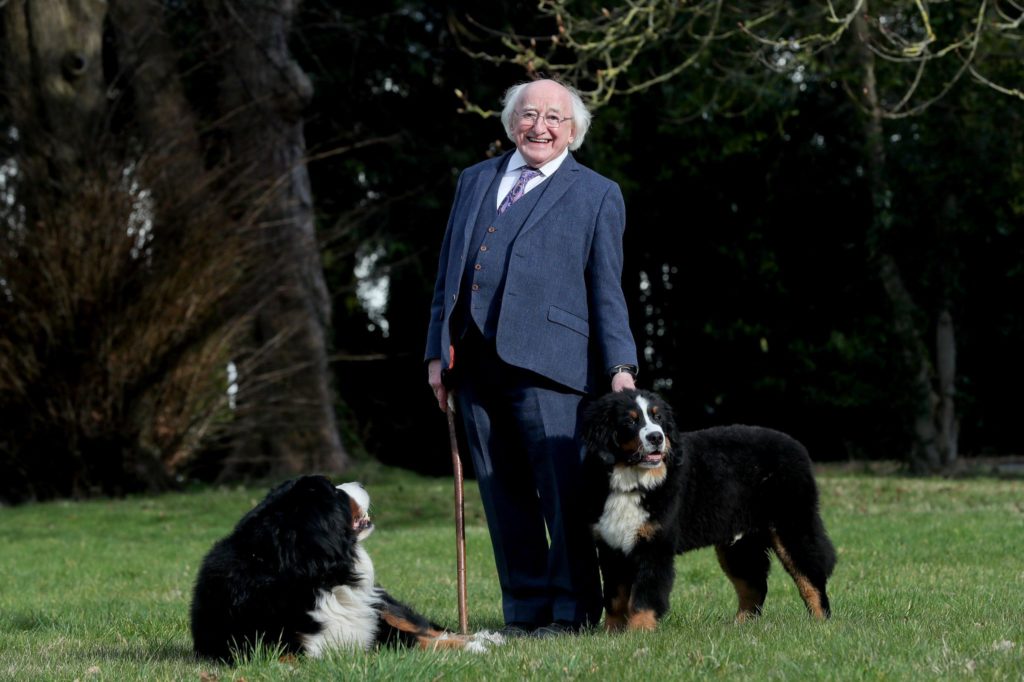 Misneach appeared very happy to be in his new surroundings while it looks as though President Higgins is equally happy to have another furry friend to call on at home.

The President of Ireland was previously left bereft following the death of his other dog, Sioda, who passed away last year after a short illness. 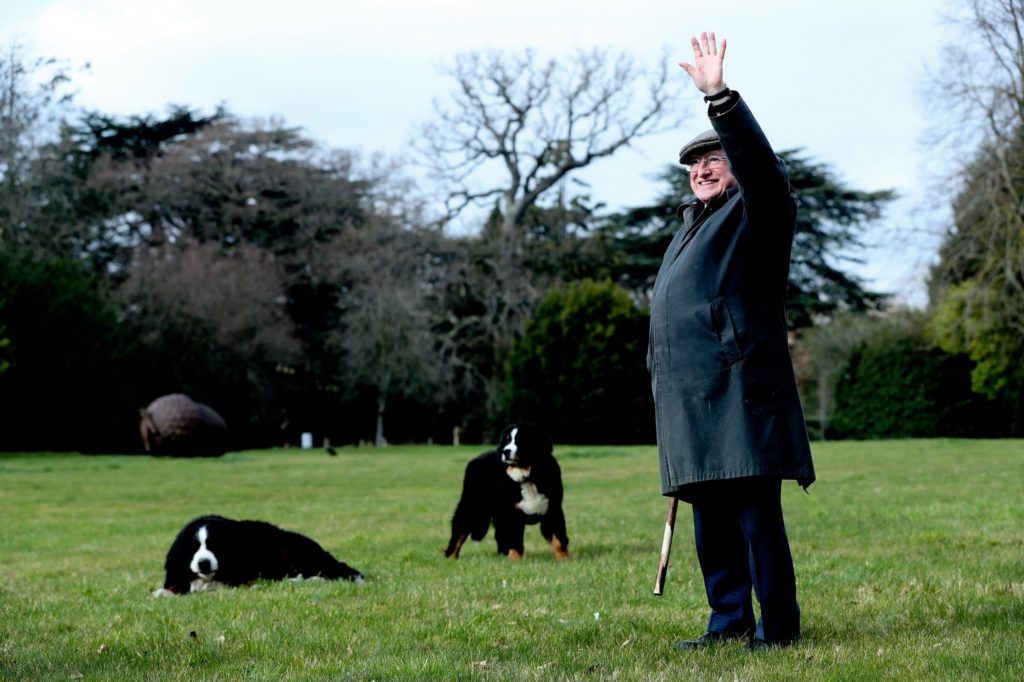 A beloved presence alongside the Irish politician, Sioda’s death sent shockwaves through Ireland and prompted one artist to paint a mural in tribute over in Ringsend.