The President unveiled a plaque commemorating Irish suffragettes at a ceremony in the city centre on Wednesday.

He thanked the granddaughter of Hannah Sheehy Skeffington, Micheline, Dublin City Council as well as the Office of Public Works for the opportunity to honour the Dublin suffragettes.

"For far too long the historical contribution of Irish women in the struggle for emancipation, independence and equality and to our social life has been overlooked, and even, may I suggest, deliberately eschewed in what was a narrow historiography, one with a militaristic bias that could easily carry a chauvinistic bias," the President said.

"In the near century since the formation of an independent Irish state, the vast majority of monuments and streets of our towns and cities have invariably been dedicated to commemorating and valorising the actions of men.

"For example, while Charles Stewart Parnell rightly takes pride of place at the centre of this city, there is no memorial to his sisters, Anna and Fanny, or to their fellow activist women of the Ladies’ Land League, who led and sustained the struggle for land reform in this country with great courage and determination." 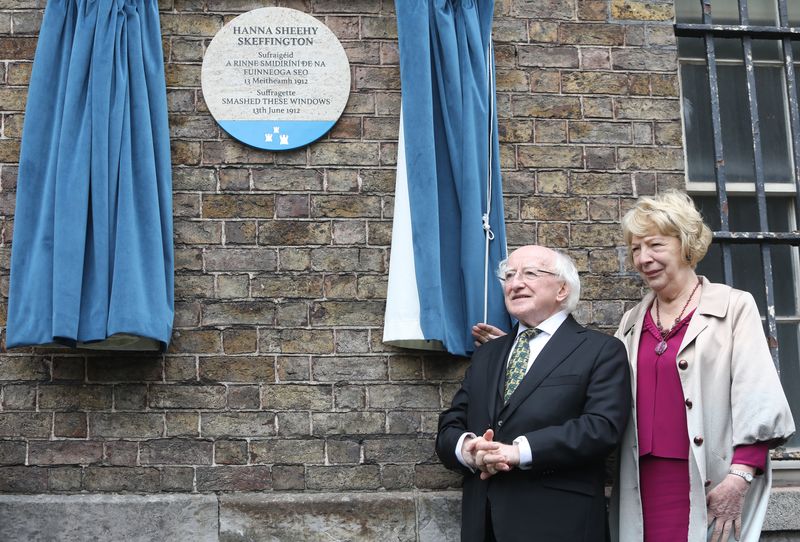 "As to the event we are recalling, and its context, when the eight members of the Irish Women’s Franchise League smashed the windows of Dublin Castle, the seat of political power in Ireland, they did so in the knowledge that they were part of a political tradition that had commenced in what Hanna Sheehy Skeffington would rightly refer to as ‘the glorious days of the Ladies’ Land League’," he added.

"Let us recall that during the imprisonment of the male leaders of the Irish National Land League, it was the women who took over the conduct and organisation of the Land War, founding over 500 branches, addressing mass meetings and opposing evictions and, what was a stroke of genius, providing temporary shelter and buildings for those evicted, often at considerable risk to themselves."

"Hanna Sheehy Skeffington would later reflect that ‘it will be a matter of wonderment to the future historian of Ireland to note the silence imposed on Irishwomen from the early eighties down to the dawn of the twentieth century’.

"Despite that silence, the historical inheritance of the Ladies’ Land League was available to inspire and to fortify the resurgence of women’s activism in the 1900s, a resurgence that centred on that most foundational of political rights, the right to vote." 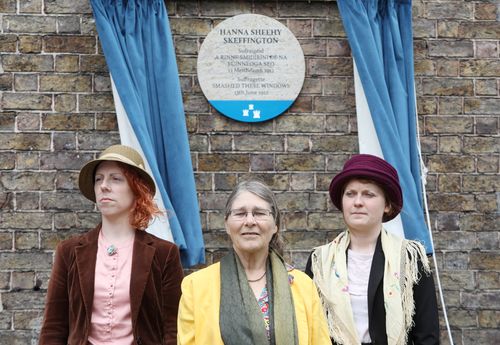 President Higgins also paid dues to other Suffragettes of the time: "The suffrage movement on our island began, and was sustained for many years, through the tireless efforts of Isabella Todd, a Belfast-based Presbyterian and Anna Haslam, a Quaker and businesswoman from Cork, both of whom, while egalitarian, never wavered in their support for the Union between Britain and Ireland.

"That generation stood at the intersection of what Constance Markievicz called ‘the three great movements’ of thought and action which sought to transform Ireland in the early years of the twentieth century: the national movement, the women’s movement and the labour movement. For many who took part, these diverse movements were part of one single struggle for what Constance Markievicz called‘the extension of human liberty’," he added.