A CONTESTANT has pulled out of Ireland’s Miss Dublin competition due to what she says are "bizarre" and "outdated" rules against married women or mothers taking part.

Blue Scannell made it to the finals of a beauty pageant – the winner of which is given shot at becoming Miss Ireland and, possibly down the line, Miss World.

But when the student midwife, 19, questioned the rules around marriage and motherhood – stipulating that contestants can't have kids or have been married – she was encouraged to withdraw from the contest, Dublin Live reports.

"In the reply they asked me if I would be happy enough to keep going with something that I didn't believe in and to let them know by 5pm whether I was still in the competition or not," she told RTÉ's Liveline.

"I think they can tell that I'm out of the competition. I don't think a reply is really necessary."

A number of Blue’s sponsors have since told her that they wouldn’t have backed her had they known about the discriminatory rules.

Blue, who is in the second year of her midwifery course, said that helping to deliver babies made her think twice about the rules – and led, ultimately, to her pulling out of the competition.

"A mother can choose whether she wants to enter," she said.

"It's no one else's opinion whether a mother couldn't enter because she'd be too busy. Who are we to make that decision for that mother?"

The strong relationships she has built with the mothers of the new-born’s that she helps to deliver galvanised her resolve to dispute the rules, she says. 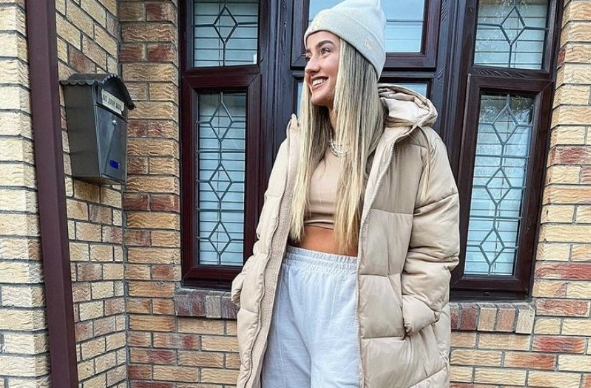 "It is amazing, and you have a great relationship with the woman and the family afterwards," she said of midwifery.

"And I'm thinking: how can I be involved with something that singles them out?

"I'm supposed to be a woman's advocate, a woman's friend, and I'm involved with something that says they can't take part."

Blue has been commended by, among others, former Miss Ireland judge, Twink, who said she was "brave" for calling out the "ludicrous" regulations.

She went on to say: "Whatever a woman does with her own body and if she wants to have children that's her business.

"It shouldn't take away from being a natural beauty and wanting to represent her country, I don't get this."

Commenting on controversy, a Miss Ireland spokesperson said they were "surprised" by Blue's withdrawal from the competition.

They said: "It should be noted that the rules of entry are clearly laid, we understand that the person in question regarding your query is Blue Scannell who was aware of all terms of entry when she applied.

"She agreed both in written and verbal confirmation to them, which was back in September, and has been competing as a Dublin entrant since October – taking part in various workshops and even a photoshoot.

"So you can imagine we were also surprised by her sudden change of heart which she posted on her social media platform."