MORRISONS has become the first major supermarket in the UK to offer a vegan-friendly tuna alternative to customers.

Loma Linda TUNO, made using soy protein and natural flavourings, is already available in the US and Australia and will be available on British shelves this week.

The fishless snack comes in cans that look just like regular tinned tuna and promises shoppers the same "flaky texture" as the real thing.

It also boasts a high protein count, 100 calories per serving and can be used as in everything from sandwich fillings to pasta and salads – much like tuna itself.

Tuna is one of the UK's top 10 most popular sandwich fillers but until now vegans had no replacement to choose from at supermarkets. 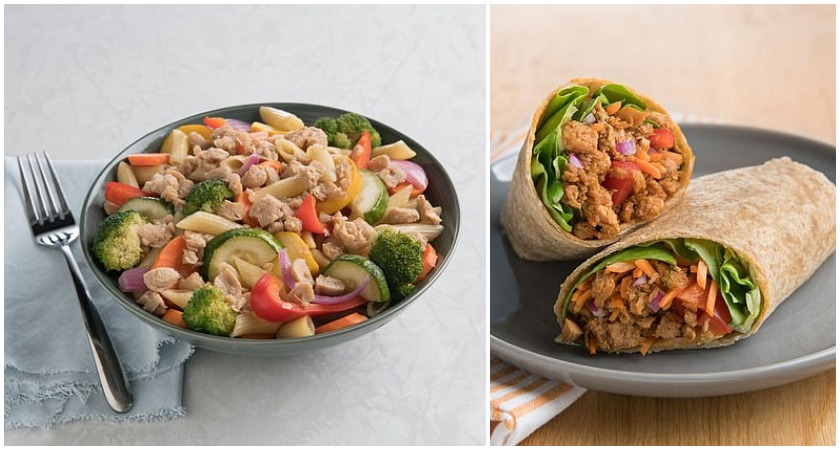 TUNO can be used as fillings for sandwiches, wraps, pictured, jacket potatoes and salads (Image: Morrisons)

Rob Wilson, Buying Manager at Morrisons, said: "We have listened to so many customers who want an easy alternative to tuna, that’s high in protein and can be used in much the same way.

"TUNO provides a convincing alternative for sandwiches, pasta and salads."

It comes amid booming investment by major retailers in the plant-based food market over recent months.

There have been burgers that bleed like just like a real rare beef burger, and who could forget the pandemonium caused by the launch of Greggs' vegan sausage role earlier this year?

Sir Terry Leahy set to helm Morrisons after US buyout