NOEL GALLAGHER has branded Boris Johnson a "f***ing idiot" due to the Prime Minister's handling of the Covid-19 crisis.

The former Oasis front-man also called the PM a "fat c**t" and criticised Johnson for being ill during the early weeks of the outbreak.

The British Prime Minister has faced intense criticism over his perceived lack of leadership throughout the pandemic, with the virus claiming the lives of 128,000 people across the UK.

He also contracted Covid-19 in March 2020, which at one point hospitalised him and left him on a ventilator.

In classic Gallagher-style, Noel spoke candidly about the impact the pandemic had had on his life, as well as his feelings towards those in charge of the response.

"Boris Johnson has proved himself not to be the f**king man in the crisis. Number one, getting it [Covid-19] for a start - you f**king idiot," he said during a recent interview with The New Clue.

"Right at the start of it he's out of the game for three months. Hang on a minute, where is the f**king idiot who’s paid to make the rules? Oh he's in bed because he's ill. Fat c**t."

The singer-songwriter also spoke about how he'd "struggled" during on again off again lockdowns. 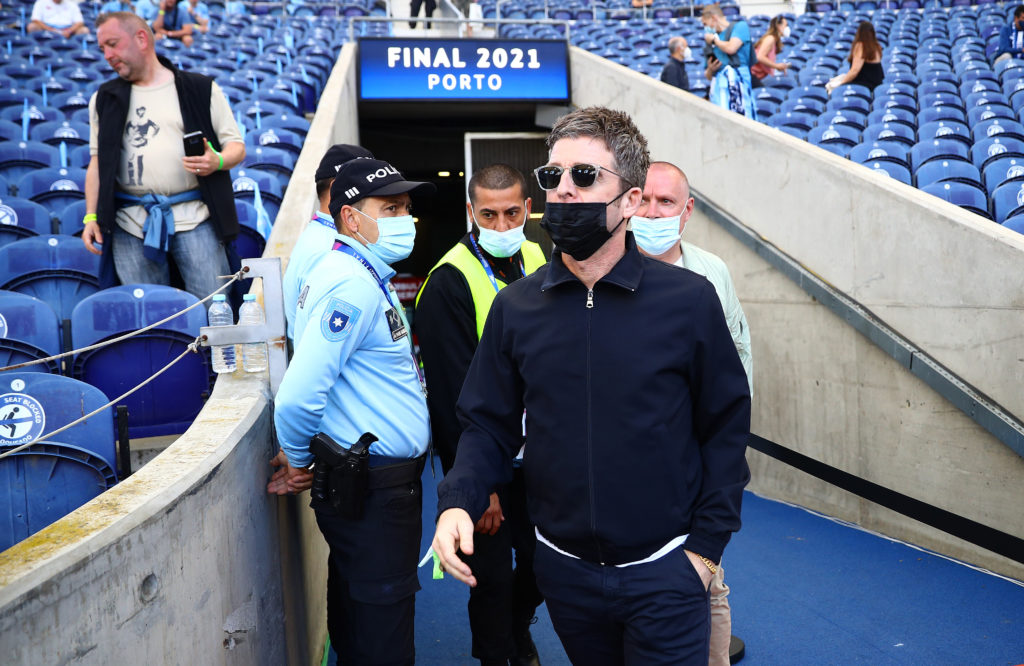 PORTO, PORTUGAL - MAY 29: Noel Gallagher looks on prior to the UEFA Champions League Final between Manchester City and Chelsea FC at Estadio do Dragao on May 29, 2021 in Porto, Portugal. (Photo by Carl Recine - Pool/Getty Images)

"Lord knows what it must be like for the majority of people. I live a nice life with a fucking house in the country and all that and it's driven me up the wall," Gallagher said.

"Fucking celebrities coming on the telly and on the radio everyday, 'Oh this is great, I f*cking love it…' I'd be spitting at the radio going: 'F*ck off, you c*nt!'

Noel also revealed that he'd recently taken his first Covid-19 jab, but in a recent interview with the Radio Times, he said people are well within their "human right" to decline the vaccine.

He even went so far as to say pressuring people into taking the jab was bordering on fascism.

"I will say, it's a human right to decline it, and the people who are virtue-signalling, [with] their lofty wagging their finger at people who are declining it, can eff off. That's how fascism starts.

"When I sit at home and in between the football there's [public information films with] Lenny Henry [saying] 'take the jab', looking like an abandoned dog, I'm like 'mate, you take the jab, it's up to you'."