NORA QUOIRIN’S family say their “hearts are broken” following the discovery of the teenager’s body in Malaysia.

Nora disappeared from her hotel room at the jungle resort of Dusun on Saturday, August 3.

Her body was found 10 days later near a small stream roughly 1.6 miles from the resort.

A post-mortem is being conducted to determine the cause of death.

Writing in an emotional statement, her family thanked those who had helped in the search for the missing schoolgirl.

A vulnerable 15-year-old girl who lived with learning difficulties from birth, her grieving family spoke of how she “truly touch the world”.

“Nora is at the heart of our family. She is the truest, most precious girl and we love her infinitely,” they said.

“The cruelty of her being taken away is unbearable. Our hearts are broken.

“We will always love our Nora.”

“We would like to thank all the people that have been searching for Nora and trying their best to find her,” the statement added.

“We thank the local people here and those far and wide for their prayers and support at this time.

“Nora has brought people together, especially from France, Ireland, Britain and Malaysia, united in their love and support for her and her family.

“To all our friends and family at home, we can’t thank you enough for all your love.”

Nora was born with a brain defect called holoprosencephaly which meant she struggled basic tasks like dressing herself.

Hundreds of people helped in the search for the missing teen, who disappeared from her hotel room without a trace, save for an open window.

The daughter of Meabh and Sebastien Quoirin, a French-Irish couple who have lived in London for 20 years, the search for Nora received widespread support from across the world, with Nora’s aunt and uncle raising more than £100,000 online to help in the search. 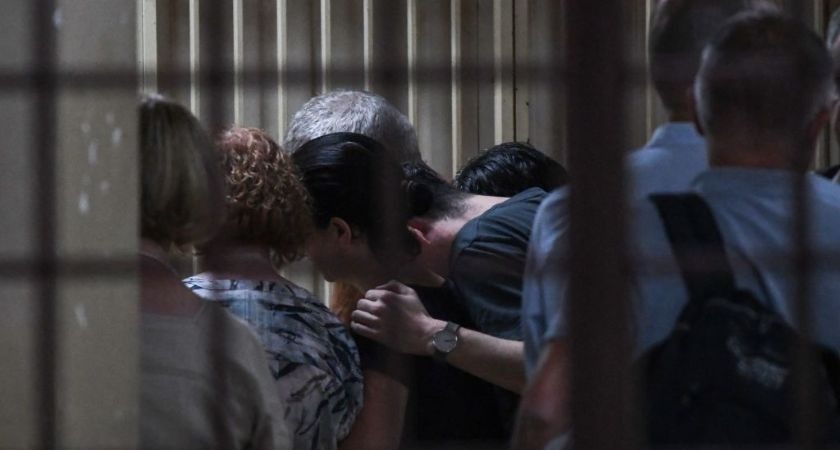 Following the distressing discovery of Nora’s body, her parents also thanked those who had contributed to the fundraising.

He noted the body “was not in any clothings” and that the police were looking into all possibilities including the “angle of criminal investigation”.

President of Ireland, Michael D Higgins, and his wife Sabina were among those to offer their “deepest condolences” to Nora’s parents and her family.

By: James Conor Patterson  -  10 minutes ago