THE NORTHERN Ireland Assembly has voted to reject new abortion laws which came into effect in March.

Changes in the law to allow the legalisation of abortion in Northern Ireland was passed by Westminster while the Northern Ireland Assembly was dissolved for over three years, and the termination of pregnancy has been legal in the six counties since 31 March.

The motion to reject the new laws, brought to the table by the Democratic Unionist Party, yesterday passed by 46 votes to 40.

A Sinn Féin amendment to the DUP's motion, which sought to restrict access to abortion only in the case of non-fatal foetal abnormalities such as Down's Syndrome, was rejected by the Assembly.

While the vote has no effect on the laws which have already been passed, the DUP say it will send a clear message to Westminster that the government in Stormont do not agree with the decriminalisation of abortion. 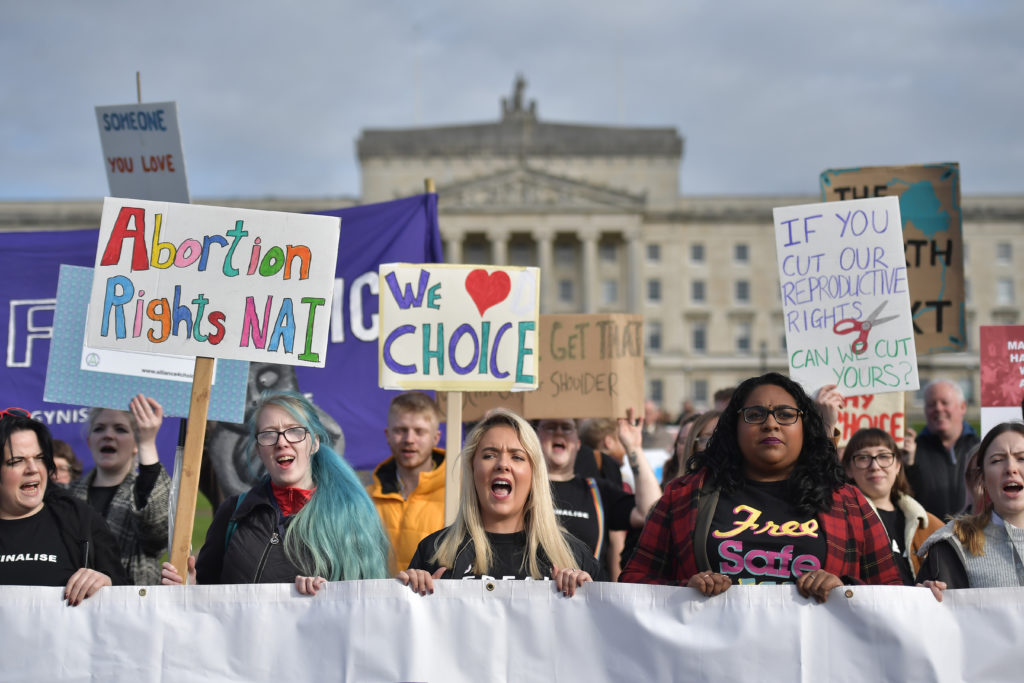 BELFAST, NORTHERN IRELAND - OCTOBER 21 2019: Abortion-rights demonstrators march through the streets of Belfast on the day the laws, which the DUP now hope to reverse, were passed (Photo by Charles McQuillan/Getty Images)

BBC News reports that the DUP intend to try and reverse Westminster's decision, with assembly member Paul Givan stating that the British Government had treated Northern Ireland "with contempt".

“Our party position is one which calls for a compassionate and reasonable approach to healthcare, but not one that would see abortion treated as a mainstream, normal option,” she added.

Pro-choice advocates both north and south of the border have criticised the amendment put forward by Sinn Féin which would have restricted abortions in the case of non-fatal foetal impairments, and party leader Mary Lou McDonald appeared to address that with a short statement last night stating that "Sinn Féin wants those same rights secured for women in the South to be delivered in the North."

Other parties in the Assembly-- the SDLP, UUP and Alliance Party-- allowed members to vote on an individual basis and as a matter of conscious, with MLA's from those parties taking different stances.

One SDLP member abstained from the vote.