In its former life, the fortified vehicle was used to police riots in Northern Ireland in the 1970’s.

But since being out of action for 20 years, sitting outside a museum in Humberside, it could do with some work.

Twelve bidders battled it out for the incredibly rare vehicle, which is the only one of its kind left in existence.

Military equipment specialists Allsops of Bolton said they had initially snapped up the 1970 Foden Pyrene at an auction. 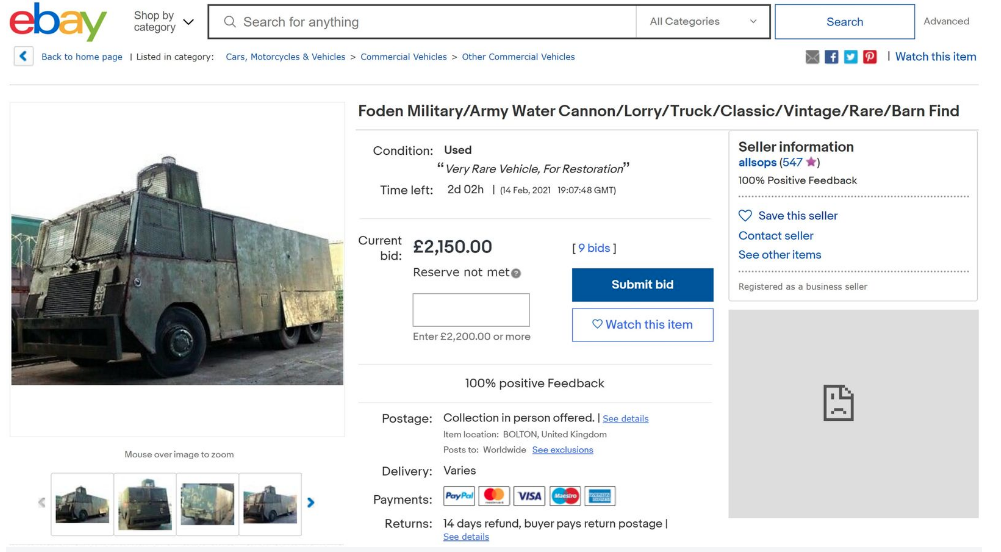 Commenting on what he says was an impulse purchase, Jonathan Allsop told Sky News: "We have had a lot of enquiries, a lot of people have come forward and told us about the engine.

"It has restoration potential and to be quite honest it should be restored."

"It was an impulse purchase," he said. "I had never seen one before."