AN IRISH TD has apologised to President Michael D Higgins for mocking news of the first official Presidential visit to Britain.

Mr Ross tweeted: "So Michael D is off to see the Queen, just like Christopher Robin. He will do us proud staying in Windsor Castle. "What would Dev think?"

He followed it up with: "Bet Michael D follows visit to Queen by (summoning) Dail for state of nation speech. Mary Robinson did. Hope he won't read us his poetry."

However, the Dublin South TD then posted a third message reading: "That was disrespectful to both Queen and President. Apologies to Aras an Uachtarain. He is a great President. I love him dearly." 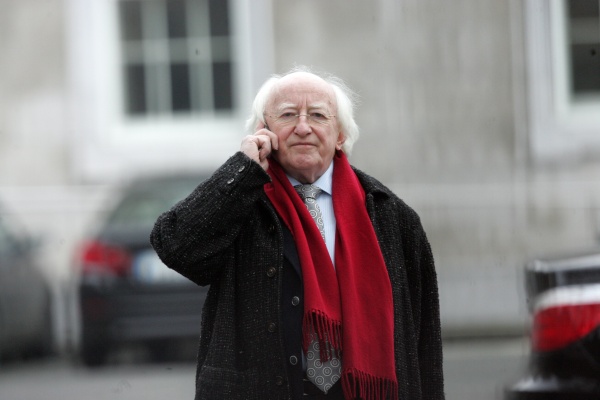 President Higgins will become the first Irish President to visit the Queen on an official State visit.

He will stay at Windsor Castle during the three-day stay and the Queen will host a state banquet for the President, where both heads of State will make speeches.

Mr Higgins will also hold a meeting with British Prime Minister David Cameron, and will meet opposition leaders and the Lord Mayor of London.

The President has already made five trips to Britain, visiting London, Manchester, Liverpool and the Iona in Scotland.

Poll: Do you welcome President Higgins' State visit to Britain?