PRESIDENT Michael D. Higgins will become the first Irish President to make an official state visit to Britain after accepting an invitation from Her Majesty Queen Elizabeth II.

Áras an Uachtaráin and Buckingham Palace tonight both confirmed that President Higgins will visit Britain from April 8-10 with his wife Sabina.

Irish presidents have paid visits to the Queen in the past - like when Mary Robinson had tea in Buckingham Palace in 1996 - but until now there has been no full official State visit.

A short statement from Áras an Uachtaráin read: “President Michael D. Higgins is very pleased to accept an invitation from Her Majesty Queen Elizabeth II to visit the United Kingdom from 8-10 April, 2014.

“The President will be accompanied on the State Visit by Mrs Sabina Higgins and the details of the programme will in due course be announced jointly by Áras an Uachtaráin and Buckingham Palace.” 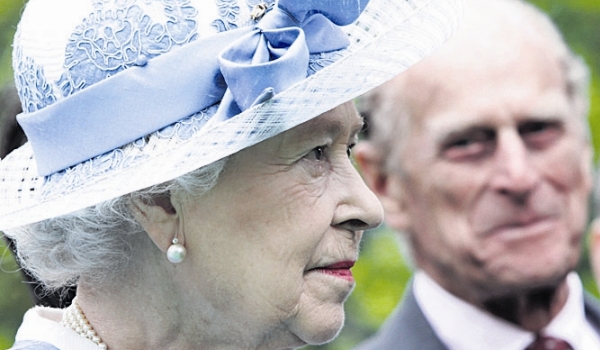 Her Majesty Queen Elizabeth II and His Royal Highness The Duke of Edinburgh, at the National Stud in Kildare on their State Visit to Ireland in 2011. Credit: Photocall Ireland/GIS

A statement issued by Buckingham Palace added that President and Mrs Higgins would stay at Windsor Castle during their visit.

Taoiseach Enda Kenny said he "warmly welcomed the official confirmation that President Higgins will pay an official visit to the United Kingdom."

He added: "This is a further demonstration of the warm and positive relationship that now exists between Ireland and the United Kingdom.

"The State visit in April, following on the very successful visit to Ireland by Queen Elizabeth in 2011, will be a wonderful opportunity to deepen this even further. "

President Higgins has visited Britain on four occasions since taking office on 11 November 2011, although none were at the invitation of the State.

In February 2012, he made a three-day visit to London, which included a tour of the Olympic stadium.

He visited the English capital again in June 2012, giving a frank and exclusive interview to the Irish Post in which he vowed to help the forgotten generations of Irish who paid remittances to Ireland in the 50s, 60s and 70s.

He then visited Manchester and Liverpool in November of that year.

His most recent visit came last July when, in two separate visits, he attended events in London and Edinburgh.

The invitation of an official State visit from Britain had been expected by Áras an Uachtaráin following the Queen and the Duke of Edinburgh’s successful State visit to Ireland in May 2011.

Both British Prime Minister David Cameron and Irish Taoiseach Enda Kenny had welcomed the idea of a reciprocal State visit. 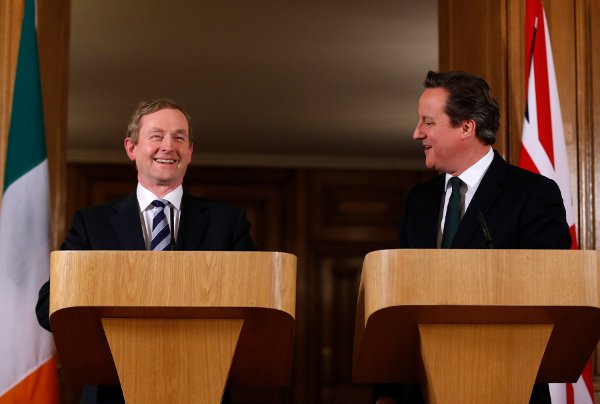 Taoiseach Enda Kenny and David Cameron will both welcome the visit

Speaking in 2011, Mr Cameron described a possible visit by Michael D Higgins as a “great idea”.

"We have now what ought to be proper, normal relations between two states and so we should be doing state visits with each other," he said.

"But the great thing about the British-Irish relationship is there's nothing normal about it, it is much closer than normal.

"There are these great bonds and common interests in language and culture and so many things that we share. And I can imagine a state visit, what we call an incoming, an inward visit from an Irish president."

Enda Kenny at the time also added that a potential full State visit “would be looked forward to by the million Irish people living in Great Britain with great interest.”