PRINCESS Margaret's 'Irish pigs' comment sparked an FBI raid for an IRA assassin, it has been revealed.

According to a new biography, the IRA plotted to murder Princes Margaret for calling the Irish 'pigs' during an official trip to the US.

It is alleged the Queen's sister became a target for the IRA after she made the derogatory comment during the visit to the US in October 1979.

Princess Margaret, who died in 2002 aged 71, was at a reception in Chicago discussing the recent IRA assassination of her cousin Lord Mountbatten in Mullaghmore Co Sligo with the city's mayor Jane Byrne. 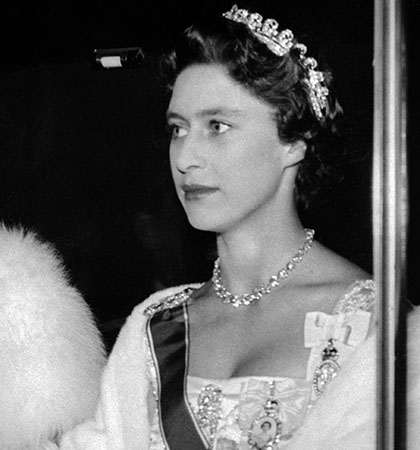 It was reported in the press at the time that during a conversation between the pair Princess Margaret said: 'The Irish, they're pigs.'(Picture: AFP/Getty Images)

It was reported in the press at the time that during a conversation between the pair Margaret said: 'The Irish, they're pigs.'

The reports of Princess Margaret's remark sparked angry protests from Irish-Americans throughout the remainder of her tour of America.

At the time her spokesman, Lord Nigel Napier, completely denied that she had made the comment.

He said: 'There is no truth in the allegation whatsoever.'

The protests followed her to Los Angeles where she visited a week after the allegations came out.

The number of secret service agents were doubled, police snipers and bulletproof armour was added to her limousine.

According to the Daily Mail, in the biography written by Christopher Warwick, it is revealed that an FBI pursuit to find a suspected IRA assassin, nicknamed The Jackal, after the remarks were made.

A room where the IRA gunman was believed to be staying was raided on October 24 1979 but it was found to be empty.

The book discloses that Princess Margaret was unfazed by the ongoing protests including a group called Action for Irish Rights taking a pig's head to a fashion show she was at.

The revelation comes after it was last week revealed that a New Zealand teenager tried to assassinate the Queen during a 1981 visit to the South Island.

Despite the threat coming to light no attempt on Princess Margaret's life ever materialised and she arrived back in the UK a few days later.

However two years later she did cancel a trip to Washington DC on the advice of the Prime Minister Margaret Thatcher amid fears for her safety.