A RARE Laois 1915 All-Ireland hurling medal is to go up for auction, over a century after it was won.

The medal – awarded for Laois’s first and only ever All-Ireland title – is to go up for sale at an auction at the Tara Towers Hotel in Dublin on Tuesday, May 30.

The nine carat gold medal bears a Celtic Cross design with a harp on the reverse side.

It is inscribed “Cumann na gCleas – Luith Gaedhealach” and “Eire” on one side, with the other side inscribed “All-Ireland C’Ship won by Leix, 1915”.

The medal is hallmarked “H. & H.”, meaning it was crafted by the Dublin jewellery shop Hopkins and Hopkins – which was the site of an Easter Rising firefight just a year later in 1916. 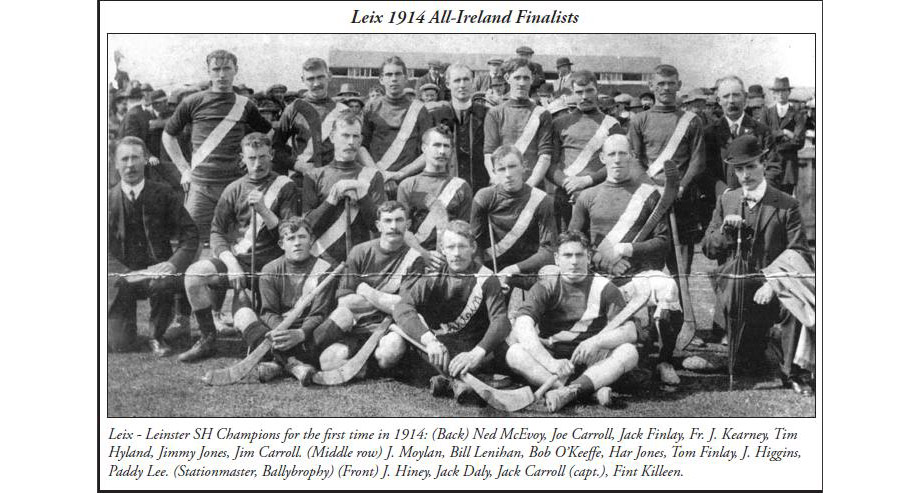 Laois's hurlers lost in the final the year before in what was also the first year of WW1. Picture: GAA.ie

The 1915 championship was the 29th year of the All-Ireland Championship, after the the GAA itself was founded in 1884.

Having been beaten by Clare the previous year on a scoreline of 5-1 to 1-0, the Laois men gathered their thoughts and regrouped to reach another final.

Under the Captaincy of the legendary Jack Finlay, they beat the Lee-siders on October 24th, 1915 claiming their first and only title with a 6-2 to 4-1 win.

The medal is expected to fetch somewhere between €7,000 and €10,000 but could sell for even higher given its rare status as a medal from Laois’s only ever triumph.

Also of interest in the auction is an original programme from a football match between Nazi Germany and Ireland in Dublin on October 17, 1935.

The extremely rare programme, which bears the red, white and black swastika of Hitler’s Germany, is valued between €200 and €300.