Reintroduction of lynx and wolves could help with invasive deer in Ireland, new research finds

The Eurasian lynx is a wild cat in Europe and Siberia

NEW RESEARCH from Queen’s University Belfast and the Department of Natural Resources at Cornell University has suggested that reintroducing native species of predators, such as the native lynx or wolf, could help with addressing the problem of invasive species in Ireland and across the world.

The research, published in Global Change Biology today, found that native predator populations have depleted globally, despite being essential for the functioning of ecosystems and biodiversity.

This absence, the researchers believe, facilitates the spread of invasive species leading to the extinction of native species throughout the world.

In Ireland and Europe, the example of the reintroduction of the native lynx is provide, which could manage the sika deer - one of the most damaging invasive species to the environment in Europe.

Sika deer are considered a pest as they graze on crops and “ring” trees, stripping the bark from the base and causing the tree to die. They are also thought to contribute to the spread of diseases such as bovine and avian tuberculosis.

The new research provides strong evidence that the lynx could impact sika deer populations in Britain and Ireland. It also shows how the lynx and wolf recovery in Europe could limit raccoon dogs below the threshold for rabies persistence, which remains a huge threat to human and animal health. 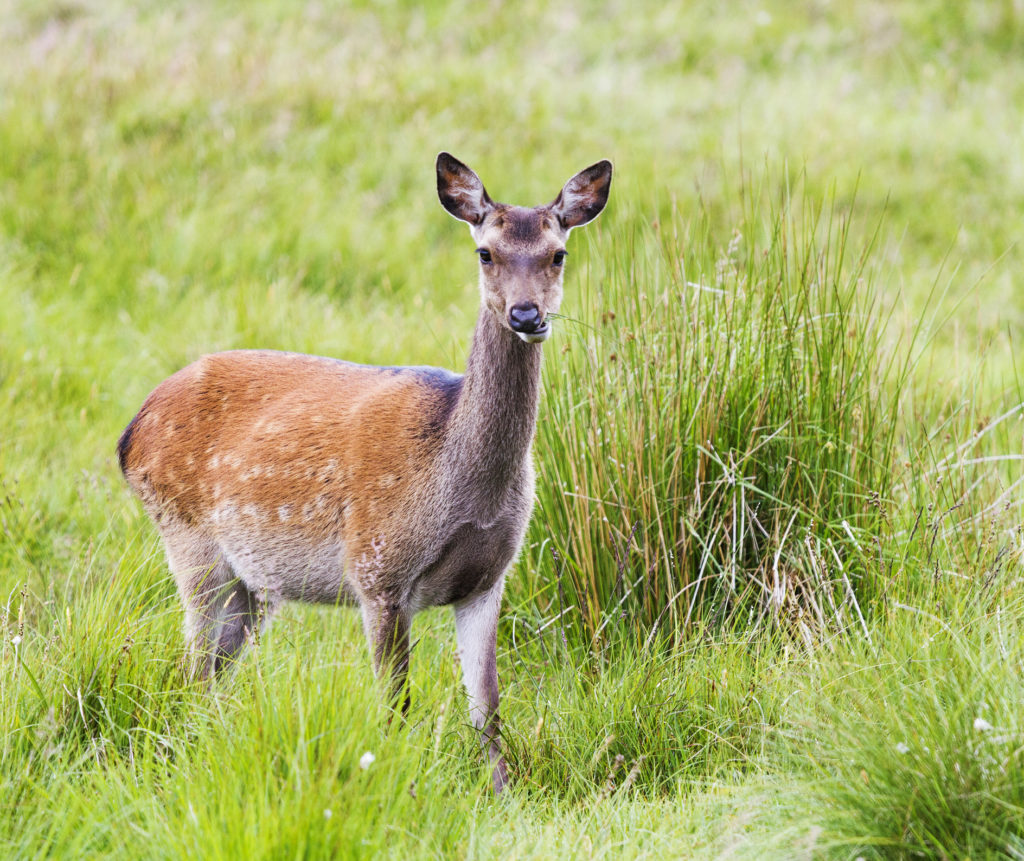 The sika deer, Cervus nippon, also known as the spotted deer or the Japanese deer, is a species of deer native to much of East Asia, and introduced to various other parts of the world.

Lead author, Dr Joshua Twining from the School of Biological Sciences at Queen’s University Belfast and the Department of Natural Resources at Cornell University, says:

“In a modern world that is daunted by environmental crisis and ecological collapse, it is more important than ever to realise the potential of restoring native predators to ecosystems from which they have been previously lost.

"This applies globally but is especially applicable in Britain and Ireland where we have persecuted all our large-bodied predators into extinction with no natural means of recovery.”

Further afield in Florida, the research examines how the panther could contribute to the control of invasive feral pigs.

Feral pigs are widely considered to be the most destructive invasive species in the United States, causing damage to the ecosystem, wrecking crops and hunting animals like birds and amphibians to near extinction. The research shows how reintroducing the Florida panther could effectively provide a nature-based, efficient, and cost-effective solution to limit the further spread of feral pigs.

“Our work demonstrates the plausibility of a nature-based approach to the control of certain invasive species around the world," Dr Twining continued. "Native predator restoration can provide effective solutions to some of the most damaging of invasive species and thus buffer our natural systems against some of the worst of human impacts.”

The study, funded by the Natural Environmental Research Council, involved a team of researchers from Queen’s University Belfast, University of Aberdeen, Heriot-Watt, Cornell University and the National University of Ireland, Galway.