Schoolboy, 14, hanged himself in his bedroom a week after his 'best friend' dog died

A SCHOOLBOY who was found hanged in his bedroom by his mum took his own life just days after his pet dog was put down, an inquest has concluded.

Seb Morris, 14, passed away at his family home in Taunton, Somerset on November 18, 2017 - a week after his beloved "best friend" dog Tilly was put to sleep.

The aspiring boxer had lived with the pet since he was four years old and was left devastated by her death, the inquest at Somerset Coroner's Office heard today.

Seb's heartbroken mum Claire Morris revealed in a statement that Seb spent an hour sitting at Tilly's grave after she was buried in the backgarden.

Although he took two days off school in the aftermath of the loss, Ms Morris said he seemed "much better" having slept with Tilly's blanket.

However, an understandably emotional Seb told his mum that Tilly had been put down too soon and "didn't have the chance to get any better".

He took his own life a week later. 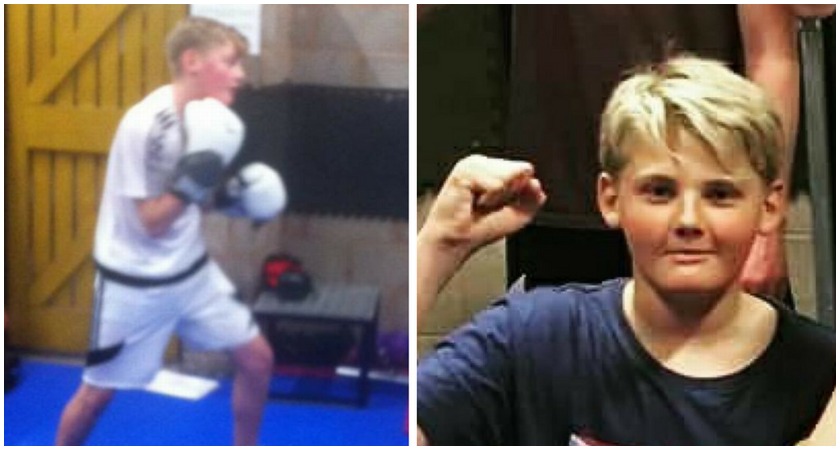 Ms Morris told of how she returned from taking her two daughters to a party to find her beloved son hanged in his bedroom.

She recalled her desperate attempts at CPR while her partner Paul Few called an ambulance, but it was too late.

The grief-stricken mother also revealed that Seb had previously taken overdoses of paracetamol on two occasions in the months before his death, but he did not take up counselling at school.

"We are devastated. Words cannot describe our feelings. Seb was so caring and helpful," said Ms Morris.

"He started boxing 18 months before and aimed to be a professional boxer.

"He was popular and had masses of friends. He was intelligent and would have gone a long way."

A post-mortem concluded that Seb died from hanging.

Somerset senior coroner Tony Williams recorded a narrative verdict, adding: "He suspended himself but his intentions at that time were not clear. He was 14".

Explaining his conclusion, Mr Williams said he could not put himself in Seb's shoes to find out what the teen thought "the outcome might be from his actions."