A SCOTTISH man who was sentenced to three months in jail after accidentally touching another man’s hip in Dubai has been cleared.

Jamie Harron, 27, from Stirling, was convicted of public indecency on Sunday after being arrested in July – but has now been told he is free to return home.

Mr Harron was told his case had been dismissed after an intervention by the Emir of the United Arab Emirates (UAE), Sheikh Mohammed bin Rashid Al Maktoum. 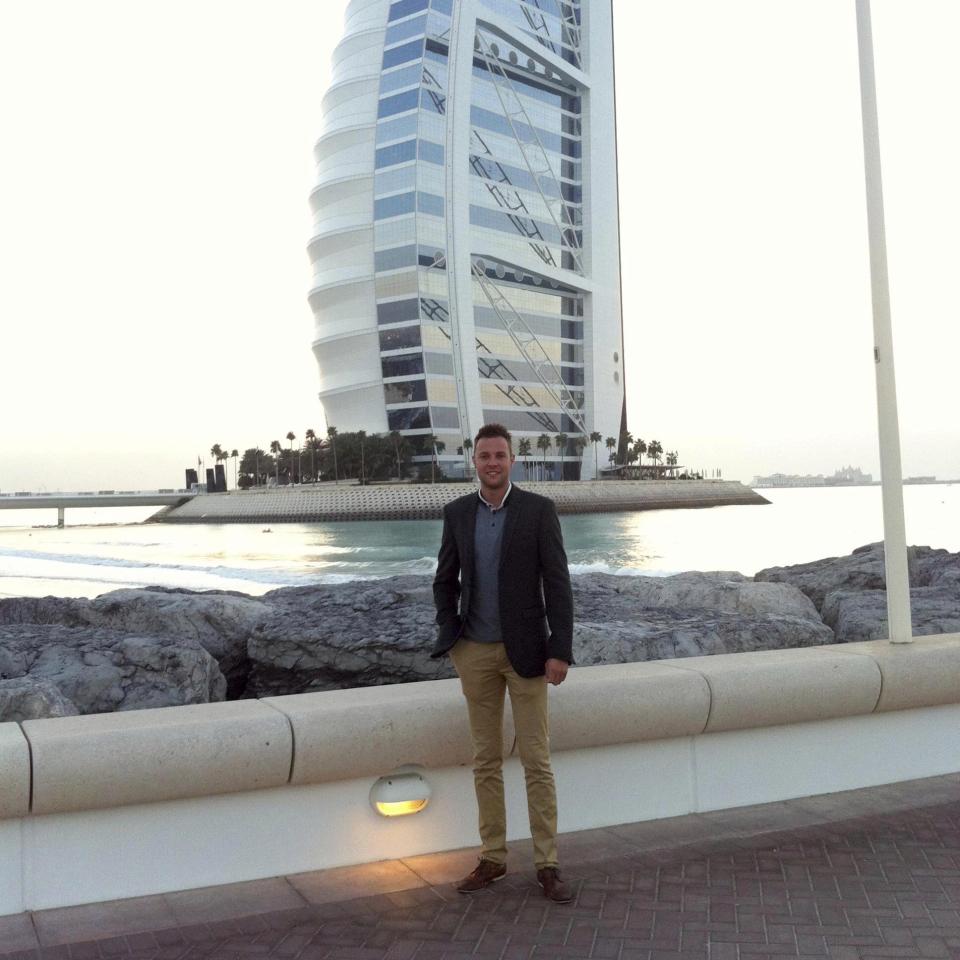 Jamie Harron has now been released after an intervention by the Emir of Dubai (Picture: Detained In Dubai)

A court in Dubai had accused the 27-year-old electrician of touching a man on the hip in a crowded bar four months ago.

Mr Harron claimed he had simply been attempting to balance himself and avoid spilling a drink when he touched the man.

But the court rejected his claims and also sentenced him to a further month in jail for drinking beer.

His sudden release was announced on Monday morning by the campaign group Detained in Dubai, who have been supporting Mr Harron.

In a statement, Radha Stirling, CEO of Detained in Dubai said: “By special order of the Ruler of Dubai, Sheikh Mohammed bin Rashid al-Maktoum, Jamie Harron has been freed.

“The cases against him have been dismissed, and the sentence imposed by the court yesterday has been nullified.

“We wish to express our deepest gratitude to Sheikh Mohammed for his personal intervention in this case, and for exonerating Jamie at long last.

“It has now been established that the allegations against Jamie were entirely unwarranted, defamatory, and meritless; to such an extent that the Ruler of the country found it necessary to step in and correct the wrongful action of the Public Prosecutor and to quash the judgment of the court.

“This was a courageous and honourable decision on the part of Sheikh Mohammed, and while it highlights the urgent need for judicial reform in the country, it is also a hopeful sign that the UAE’s leadership possesses the will and vision to pursue such reforms in the future.

“When Jamie was called this morning by the police he was told that the case had been dismissed, and that he should come in to collect his passport.

“He was understandably nervous; as similar calls from the police in other cases were merely tactics to lure individuals into police custody.

“But when Jamie arrived at the police station, his passport was returned, and he was told that he was free to go. The charges were dropped, the sentence annulled, and he faces no order for deportation. This came by direct order from Sheikh Mohammed.”

Detained in Dubai said Mr Harron will initiate civil proceedings against his accusers, Emad Tabaza and the company he works for – Neuman & Esser – due to the “tremendous suffering and financial loss” caused to him.

They reiterated their thanks to the Emir of Dubai and said the allegations made against their client “have been definitely proven false and slanderous.”

Irish woman among those killed in bus crash in Dubai