THE ARTIST behind one of Dublin's most iconic statues has passed away at the age of 74.

Revered Irish sculptor Jeanne Rynhart was the mastermind behind the statue of Molly Malone, which stands on Suffolk Street in the city centre and which each year is visited by thousands of locals and tourists alike.

A staple of any visit to Ireland's capital city, Ms Rynhart's creation was unveiled in Grafton Street in 1988, but was moved in 2014 and can now be found outside the Dublin Tourist Office. 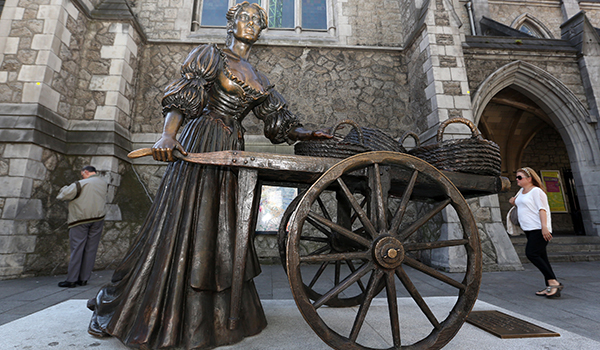 The statue was unveiled on Grafton Street in 1988 (Picture: Sam Boal/Photocall Ireland)

The statue honours the subject of Dublin's unofficial anthem, 'Cockles and Mussles', otherwise known as 'Dublin's Fair City', a character so popular that 13 June is known as Molly Malone Day.

Jeanne Rynhart was born in Dublin and studied fine art in Dun Laoghaire's National College of Art and Design before moving to Coventry to further her skills and pursue her career. 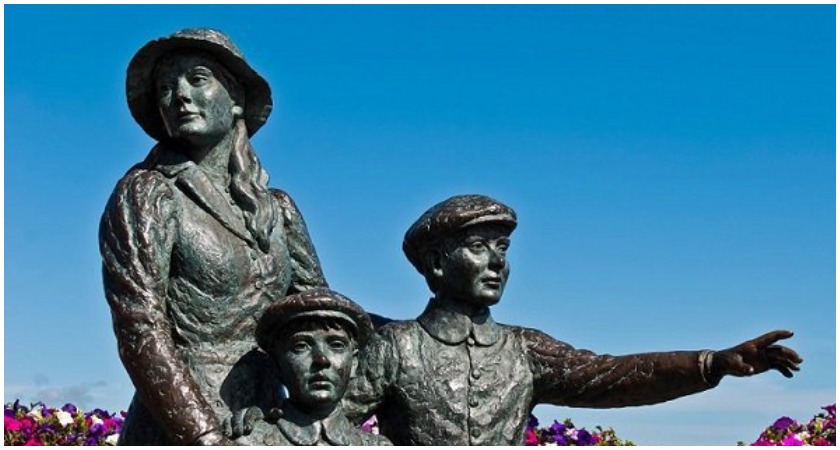 Ms Rynhart is also the sculptor behind New York and Cobh's statues of Annie Moore, the first immigrant to pass through Ellis Island in 1892 (Picture: AnnieMoore.net)

She returned to Ireland in 1981, where she settled in Bantry, Co Cork, with her family, setting up the Rynhart Fine Art Bronze business which saw her be commissioned for the iconic Molly Malone statue as well as Annie Moore statues which can be found in Cobh, Co Cork and Ellis Island in New York.

She leaves behind her husband Derek, son Barry, daughter Audrey and two grandchildren, Lydia and Sophie.

Irish public urged to avoid hugging loved ones this Christmas