THE EUROPEAN Broadcasting Union (EBU) has provided an update to its comments relating to irregular voting patterns in the second semi-final of the Eurovision Song Contest which took place last week.

Ireland was also a contestant in the second semi-final of the contest last Thursday 12 May. 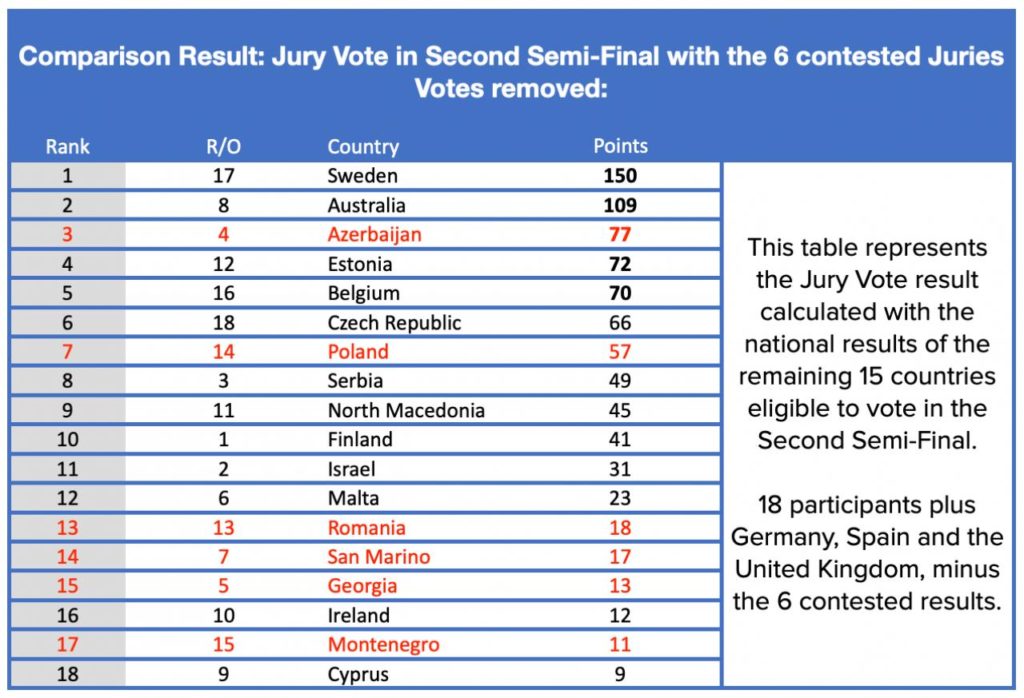 The pattern in question was detected as irregular by the pan-European Voting Partner and acknowledged by the Independent Voting Monitor, as five of these six countries were ranked outside the top seven by the juries in the 15 other countries voting in the same semi-final (which included three of the big five: Germany, Spain and the United Kingdom).

Additionally, four of the six countries were ranked in the Bottom six of the other 15 countries voting in this semi-final.

"A jury voting pattern irregularity of such a scale is unprecedented," the EBU said in a statement.

"Given the unprecedented nature of the irregularity detected in the Second Semi Final, the EBU in consultation with the pan-European Voting Partner and the Independent Voting Monitor decided, in accordance with the Voting Instructions of the Contest, to exercise its right to remove the votes cast by the six juries in question from the ranking allocation in the Grand Final to preserve the integrity of the voting system.

"Consequently, the same procedure was followed and the automatically calculated substitute aggregate result has been used to determine the final jury results of the six countries involved, in the Grand Final."

The EBU said the decisions were approved by the Chair of the ESC Reference Group, the contest's governing board, and the Deputy Director General of the EBU in line with the requirements of the voting instructions of the contest.

The EBU has since discussed the jury patterns with the relevant broadcasters and given them the opportunity to further investigate the jury voting in their countries.