WHILE celebrities like Catherine Zeta-Jones and Stephen Fry speak publicly about their battles with bipolar, many more do not get to tell their story.

For Irish social worker Declan Henry the time has come to give them a voice, and to call for a review into the condition’s causes and treatment.

More time and money must be spent researching alternative remedies for bipolar sufferers who endure ‘horrendous’ side effects from long-term prescriptions to psychotropic medication.

For social worker Declan Henry, there is ‘no scientific evidence’ supporting claims that bipolar disorder, formerly known as manic depression, is caused by a chemical imbalance.

Instead he believes the condition, which often follows an early diagnosis of depression and often sees sufferers swing between manic and depressive moods, could be addressed by attempting to understand its cause in each individual case.

The Sligo native has just published a book dispelling what he claims are the ‘myths’ around the disorder and which he claims that change is critical.

“My interest in this was sparked after my best friend was diagnosed with the disorder and I saw her disintegrate over a 20-year period, enduring hospitalisation after hospitalisation, taking various medications and never getting better,” Henry explained.

"That compelled me to find out more about the condition,” he added. “But I got a big shock regarding the scientific research behind the illness.”

“There is a myth that it’s caused by a chemical imbalance in the brain,” he explained. 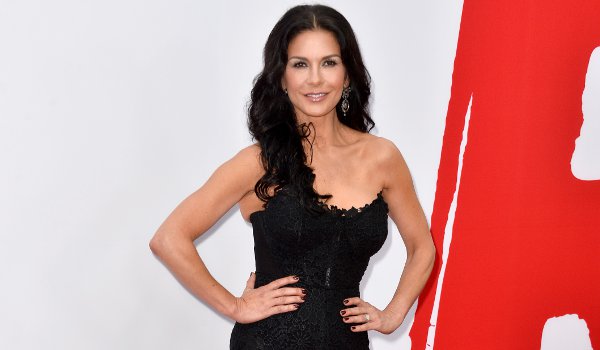 He added: “However a lot of non-medical people, especially psychotherapists, believe it is probably caused by a traumatic life experience and I would certainly concur with that.”

The willingess of celebrities such as Catherine Zeta-Jones and Stephen Fry to talk about their battle with bipolar disorder has helped remove some of the stigma surrounding the condition.

Since 2011, the Welsh actress has admitted she twice checked into healthcare facilities to voluntarily seek treatment for bipolar disporder. Fry meanwhile has admitted making several suicide attempts, the most recent in 2012.

Speaking last year of the latest attempt, Fry said: “I am the victim of my own moods, more than most people are perhaps, in as much as I have a condition which requires me to take medication so that I don’t get either too hyper or too depressed to the point of suicide.

“If unmedicated, there are times when I am so exuberant, so hyper, that I can go three or four nights without sleeping and I’m writing and I’m doing stuff and I'm so grandiose and so full of self-belief that it’s almost impossible to deal with me. I can’t stop speaking, I’m incredible, I go on shopping sprees.

Despite the stigma surronding mental health, bipolar is relativley common, affecting around one in every 100 people.

Over the past two years Henry has interviewed 26 people who have been diagnosed with bipolar. Half of these were based in England and the other half in Ireland.

The author — who reveals their personal testimonies in his book Why Bipolar? The Demystification of Bipolar Affective Disorder — claims they had similar experiences on both sides of the water.

“Overall the people I spoke to had a good grasp of their condition and a good understanding of what bipolar is,” he said.

“But what shocked me was a lot of people were dissatisfied, they were having poor relationships with their psychiatrists and were not feeling listened to. They felt they were being brushed aside, denied reviews of medication and offered no opportunity to reduce to withdrawal.” 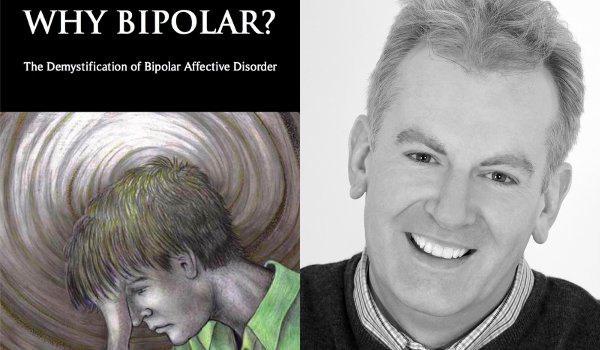 Social worker Declan Henry (right) is the author of 'Why Bipolar?'

He added: “Others talked about bad experiences and hostile, uncaring staff. It’s like these people with this diagnosis are being discriminated against, as a lot of the unhappiness of the people I spoke to was coming from within the system rather than external factors.”

After undertaking his research he firmly believes the medical profession must readdress their attitude towards diagnosing and prescribing for the disorder.

“For me the system needs to be looked at from the inside, rather than always external factors,” he said.

“And while my book is the perspective of a lay man, rather than a doctor, I do believe it highlights that there are very real experiences out there and reasons why we need to look to a future where people with bipolar are offered an alternative to psychotropic medication, the long-term side effects of which are absolutely horrendous for people and range from obesity and diabetes to heart and liver problems. All of that on top of an existing mental health disorder of course.”

He added: “But it’s only once you dispel the myths that you can look towards other possible causes of the condition. When you aim to seek to get to the bottom of the problem, you can address it through counselling and psychotherapy, rather than medicating the person, because it is clear that that doesn’t lead to long-term successful outcomes.”

• Bipolar disorder, known in the past as manic depression, is a condition that affects your moods, which can swing from one extreme to another

• Symptoms of the disorder depend on which mood is being experienced

• Unlike simple mood swings, each extreme episode of bipolar disorder can last for several weeks or longer, and some people may not experience a ‘normal’ mood very often

• Bipolar disorder is relatively common. Around one person in 100 is diagnosed with the condition

• Bipolar disorder can occur to men and women at any age, although it often develops between the ages of 18 and 24 years

Declan Henry interviewed 26 people diagnosed with bipolar disorder, across Ireland and Britain. The following stories were among them:

“I wanted to travel the world and so went ahead and bought a round-the-world ticket before giving away all my possessions. The day before I left Ireland I went out and spent hundreds of pounds on chocolate to take to the children in Africa. I hadn’t thought how I was going to get it there without it melting beforehand.

“I decided my first stop was going to be Greece, because I wanted to read the Book of Revelations, where it was written. My mania always has a very spiritual side to it.

“Within days of arriving at Patmos (Greece) I felt like I knew everyone. My manic episode had reached its zenith. I was so happy, full of love and seemed to connect with everyone. I went out all night and danced until dawn, drinking water. I wasn’t eating anything and barely sleeping.

“Days later I was arrested for running around naked. I was handcuffed and thrown into a filthy cell, and eventually moved to a stinking hospital. It was my first psychiatric admission. I was terrified.

"Against my will I was held down and injected twice a day with the drug Largactil, which made me feel tapped and claustrophobic and had the unpleasant side effect of making me photosensitive.

“After I got back to Ireland my body was in a strange state. I became extremely restless and felt as if I had ants under my skin. I couldn’t stand or sit. It was horrendous.

"I made my way to the Accident and Emergency at my local hospital, only to be told no beds were available. Four days later they found a bed. A day later I was diagnosed with bipolar disorder.”

“I attempted suicide three times — twice by overdosing and once when I slit my wrists, which left a big scar on one of them. I constantly have to make excuses when inquisitive people ask me what caused it.

"Although I have had thoughts of killing myself when depressed, these have never been acted upon. Surprisingly, all of my suicide attempts occurred when I was in a manic state.

“I was new to London when I first tried to kill myself. It was after I left my hometown in Co. Wexford and went to work in London that I started the whole nightclub scene that involved taking cocaine most nights, often leaving me confused, dazed and full of torment.

"The psychiatrist I saw when I got back from London firmly believed that medication was the answer to treat what she called my ‘chemical imbalance’.

“During my ‘ups’ I have been overly promiscuous, shopped excessively, led myself into dangerous situations, pushed things to the limit. But I am glad I have been through all that. I’ve gained an understanding into the world of mental health problems, which in Ireland, people just refer to as ‘trouble with their nerves’.

"I believe I am a much stronger person — stronger than a lot of people I know, making me feel glad that I failed three times to successfully kill myself.”

“I wasn’t born with bipolar. My life is the result of emotional pain. I have been on so many medications since I was first diagnosed that I struggle to remember them all.

"But the one that left a particularly bad feeling behind was Amisulpride, because to my horror my breast filled with milk. It was just after having a termination after one of my one-night conquests and the horror of lactating was very traumatic.

“I was then switched to Sertaline, but this gave me anxiety so terrible that it made me suicidal. I was in such a state that once in hospital they switched me to Quetiapine, which made me sleep up to 18 hours a day. This went on until my psychiatrist switched my medicine to Lithium, which I remain on.

“I don’t want to envisage taking medication for the rest of my life, but if it is the difference between being stable and unwell then I have no other option but to take it as long as there is a need.”

‘Bipolar is built on profit’

“Bipolar disorder or manic depression or whatever you choose to call it is built on profit. Take that profit away and it would be a very different story.

"For example, research funding for some psychiatric drugs is being withdrawn as patents for particular drugs run out, and competing drug companies start to manufacture their own versions of the drug.

"The funding is being redirected into areas where drug companies think the new blockbuster drug will come from. It goes without saying that in the psychiatric industry, money talks.

“There is no question that people do experience problems and upsets in life that may result in mental troubles, sometimes very serious.

"But to say that these are ‘mental illnesses’ or caused by a ‘chemical imbalance’, like bipolar, that can only be treated with dangerous drugs is dishonest, harmful and often deadly.

"What psychiatric drugs do instead is mask the real cause of problems, often denying patients the opportunity to search for workable, effective, non-pharmaceutical solutions.

Declan Henry's 'Why Bipolar? The Demystification of the Bipolar Affective Disorder' is published by Squirrel Publishing.