IT TOOK them 55 hours to tackle 805 miles but former Irish footballer Steve Staunton and the team at South and City College Birmingham have completed their mammoth charity cycle.

And more than £20,000 has been raised by the determined team who took on the college’s Coast2Coast challenge – money which will now benefit charities in Britain and Ireland.

The seven day cycle, which took in seven coasts, kicked off at SCCB’s Digbeth campus in Birmingham on July 19.

The cyclists passed through Wales, Ireland and Weymouth, before making their way back into the West Midlands.

On Sunday, July 27 the closing leg of the challenge took place, where a batch of cyclists joined the 12-strong cycling team for a final ‘celebration’ ride – a 30mile route from the Ricoh Arena in Coventry back to the SCCB Digbeth campus.

A total of 40 cyclists helped bring the challenge home on the day, including BBC broadcaster Phil Upton, members of the public and football favourite Steve Staunton, who took part in seven legs of the challenge. 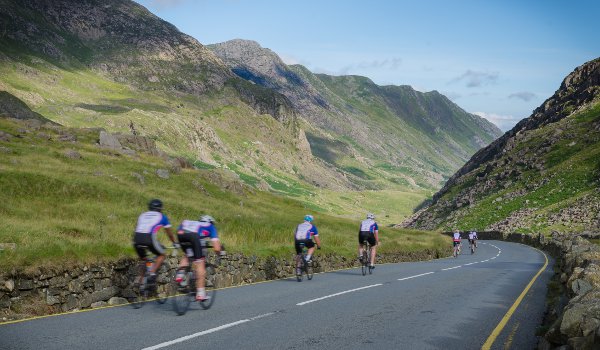 “The people of the Midlands never cease to amaze me, it’s one of the reasons why I still live locally – they really came out in force to welcome us back from the challenge,” he said.
SCCB Principal Mike Hopkins, who led the cycling team, added: “After a tough week of cycling it was so uplifting to see everyone come along and get us over the finishing line.”

The 805 mile long Coast2Coast journey took the team a total of 55 hours, 47 minutes and 22 seconds to complete, with riders climbing just under 39,000 feet - an impressive ten thousand feet more than if they were to scale Mount Everest.

Over £20,000 in charity cash has been raised to date, with some sponsorship and donations yet to be officially counted.

The contributions made throughout the Irish leg of the challenge will be presented to the medical and research foundation at Our Lady’s Children’s Hospital in Crumlin in Dublin.

The Teenager Cancer Trust and Stephen Staunton Foundation will benefit from monies raised in Britain.

“It’s the first time the college have organised a charity event like Coast2Coast and we’ll be looking to build on it for future charity events in years to come,” Mr Hopkins added.