MICHEÁL MARTIN is expected to address the nation this evening to announce the lifting of Level 5 restrictions.

The Cabinet is today in discussions to approve a plan which would see Ireland exit Level 5 lockdown restrictions, which the country has been under for close to six weeks.

Non-essential retail, hairdressers, barbers, restaurants and cafés have been closed since late October and household mixing has been banned in order to slow the growth of Covid-19 in the Republic.

In a speech this evening, the Taoiseach is expected to announce that restaurants and pubs which serve food will be allowed to open next week, with RTÉ News reporting Monday 7 December as the most likely date.

Mass and other religious services will also be allowed to resume, Mr Martin is expected to announce, however some hospitality sectors-- such as 'wet pubs'- are expected to remain closed. 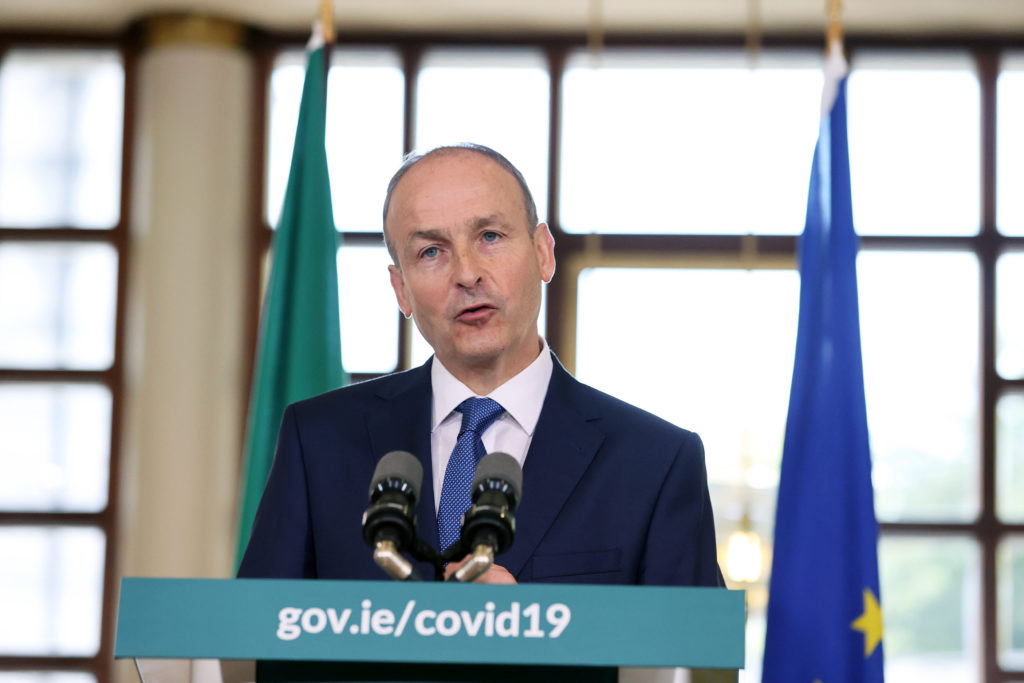 New rules regarding the number of customers allowed in to a restaurant, and the amount of time they can spend there, are also expected to be laid out.

A further easing of restrictions is expected to come into effect around the 18 of December, which may allow three households to mix indoors and which would allow people to cross county borders to spend Christmas with friends or family.

The expected announcement comes following a five-hour meeting in the Cabinet last night, where Ministers are believed to have agreed a 7 December reopening date for restaurants and gastropubs to allow them to enjoy three busy weekends over the festive period.

This would go against the National Public Health Emergency Team's advice, who are understood to have called for pubs and restaurants to allow takeaway services only up until Christmas.

A specific time for the Taoiseach's speech has not yet been announced, however it is understood that it will not clash with the annual Late Late Toy Show which airs tonight on RTÉ One at 9.30pm.

Mr Martin will address the nation after the Cabinet agrees on the exit plan,  however there is a chance the speech could be delayed if there are disagreements on the exit strategy.

Ireland to remain in lockdown until 5 March, new restrictions incoming