POLICE in London have declared a terrorism incident following an explosion at Parsons Green Underground Station.

The incident happened around 8.20am this morning, Friday, September 15, to the underground station following reports of a fire on the train.

Officers from the Metropolitan Police Service and British Transport Police attended the scene, along with colleagues from the London Fire Brigade and London Ambulance Service. 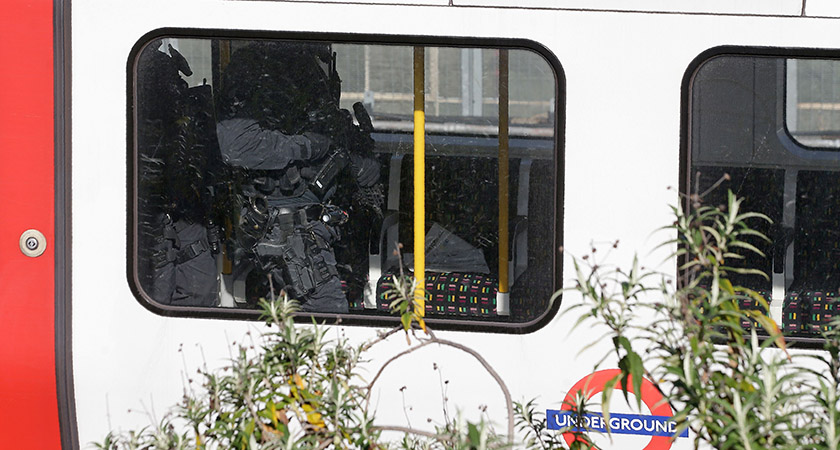 Witness videos from the scene have showed what appears to be a bucket in a plastic bag with flames emerging.

Metropolitan Police have said they are aware of a number of people who have suffered injuries, but said "it is too early to confirm the cause of the fire," which will be subject to the investigation that is now underway by the Met's Counter Terrorism Command.

The station remains cordoned off and police are advising people to avoid the area.

The Embassy of Ireland to Britain has said: "We are aware of an incident at Parson Green and are monitoring the situation. Please follow the advice of the local authorities."

Minister for Foreign Affairs Simon Coveney said: “I am shocked by the incident in London this morning, which the Metropolitan Police are treating as a suspected terrorist attack.

"My Department is monitoring the situation closely through the Irish Embassy in London and the Consular Division in Dublin.

"As of now, we have no indications to suggest that any Irish citizens have been affected."

We are aware of an incident at Parson Green and are monitoring the situation. Please follow the advice of the local authorities. https://t.co/WbwhqtS2Yy

Anyone who has information that would assist detectives is urged to contact the hotline 0800 789 321; if it's an emergency always call 999.

Anyone with images from the scene is asked to upload them to www.ukpoliceimageappeal.co.uk