NOW WE'RE no good at judging the size of crowds, but we're estimating about 17 million people will attend this year's TedFest in Inis Mór-- sorry, what do you call it-- Craggy Island.

TedFest is confirmed to be returning in February 2020, and as always it looks set to be bizarre and brilliant in equal measure.

So grab your cake jumper, nun costume or bushy Pat Mustard mustache and join other cosplaying fans on the island for the three-day celebration of all things Father Ted. 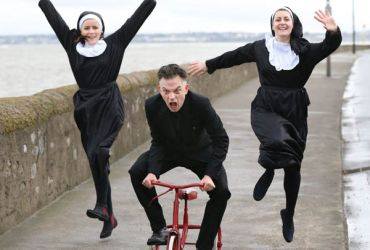 Fans of the Channel 4 show will gather in their masses (no pun intended) from February 20th - 23rd 2020, and while that might sound far away (pun intended) it's just 5 short months from now, so if you're planning to go you may grab tickets before they sell out!

Previous TedFest's included brilliantly Craggy Island-esque events such as Father Jack's Cocktail Evening, a Lovely Girls Contest and 'Hide a Nun and Seek'-- whatever that means. 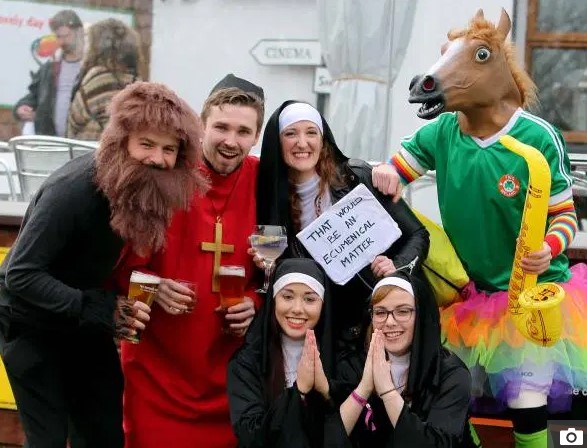 There was also a parody of the 'All-Priests Five-a-Side Over-75's Indoor Football Challenge Match' between Inis Mór and Inis Oirr, with the winning team claiming the title of the 'Real' Craggy Island (Inir Oirr were relegated to Rugged Island).

Tickets for 2020's TedFest cost €155, and while it doesn't cover the cost of transport, accommodation, food, drink or drugs-- I mean raisins-- you will be offered a cup of tea once you get there.

For more information and to buy tickets for the 12th annual Friends of Ted Festival you can check out the website here.

As many as eight percent of sheep are gay, according to scientists