JOE EXOTIC expects to be released from prison today as he anticipates a Presidential Pardon from Donald Trump.

The former big cat owner, who gained widespread viral fame last summer upon the release of the Netflix documentary Tiger King, is serving a long prison sentence for animal abuse and his role in the murder-for-hire plot against Big Cat Rescue founder Carole Baskin.

However, his legal team are so confident that he will be pardoned by President Trump today, on his last full day in office, that they have allegedly booked a limo to wait outside of FMC Prison in Fort Worth, Texas ready to whisk him away.

Donald Trump is expected to issue around 100 pardons and commutations today, sources told CNN, and had previously said he would "take a look" at pardoning Joe Exotic, who was convicted of 17 federal charges of animal abuse and plotting to have an animal rights activist murdered. 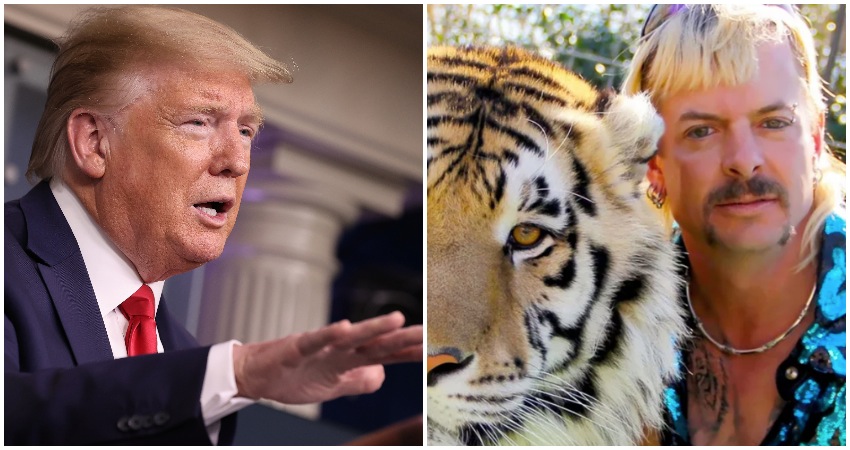 Eric Love, a member of Exotic's legal team, told The Sun they are so confident in the Tiger King star being pardoned that they have booked a limo and have planned several days of luxury and relaxation for him once he is released.

Love told the outlet they "anticipate notification" of Exotic's pardon between 10am and 2pm today, and "have the limousine fuelled up and driver standing by", adding "we are ready for the party".

The legal representative said the team had flown to Washington DC last week for a discussion with White House aides about a last-minute pardon for Exotic, and claimed that Donald Trump Jr was sympathetic to the cause and had expressed his concern to his father.

If he is freed, Joe Exotic will be taken to a luxury ranch in a secret location to "decompress", be medically evaluated and get his hair styled before returning home to his husband.