THE heartbroken family of an Irish woman who went missing in France last week have confirmed that a body discovered in a public park belongs to her.

Eimear Noonan, 21, a teacher from Co. Clare, was last seen on Wednesday afternoon when it is understood she was going for a run in the town of Annonay, southeast France.

On Friday, French authorities discovered the body of a young woman in a local park which has now been identified as belonging to the missing 21-year-old. 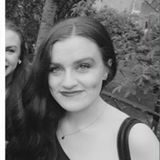 Eimear Noonan was teaching English in Anonnay when she tragically died in a jogging accident.

Last night, Eimear’s brother Cathal Noonan confirmed her death on Facebook, adding that she tragically died after she fell over while out for a run.

“French authorities have now confirmed to us the heartbreaking news that our beloved Eimear died following a fall while running on Wednesday,” he wrote.

“Eimear celebrated her 21st birthday in April and had been living in Annonay since September, where she worked as an English language teacher.

“Eimear was a warm, bubbly person who had already made a wide circle of friends there through her love of music and singing.

“She graduated last month from UCC with an honours degree in Irish and French, was a talented violinist and to our immense pride was head of UCC orchestra for her final year there.”

Mr Noonan said his sister “will be greatly missed by all who knew her, especially her parents Flan and Mary, her brothers Declan, Michael and Cathal and all her family and friends.”

He added: “We will be forever grateful for the outpouring of love and support we have received in recent days.

“We would like to thank the Irish and French authorities and the people of Annonay for the kindness and compassion they have shown us.

“We now appeal for privacy in this most difficult time as we bring Eimear home to her beloved Lough Graney and start the journey of grieving.”

French authorities in the prefecture of Ardèche also confirmed that Ms Noonan's death was being treated as an accident.

An autopsy will be carried out on either Monday or Tuesday, they said.

Ireland’s Department of Foreign Affairs said it is providing consular assistance to the Noonan family.