TRIBUTES have been paid to Irish Post photographer Brendan Farrell, who passed away on Saturday.

Born in Dublin and raised in Cavan, Brendan emigrated in 1952 and joined The Irish Post when it was founded in 1970.

Based in Birmingham, he documented the lives of the Irish community in the Midlands and further afield for more than five decades.

"Through his work as a photojournalist, Brendan Farrell was dedicated to documenting the lives and experiences of the Irish community in the West Midlands and across Britain," she said.

"A long-term contributor to The Irish Post, over many decades he became a familiar face in the Irish clubs, centres and dance halls located across the country and a great friend to many of us. 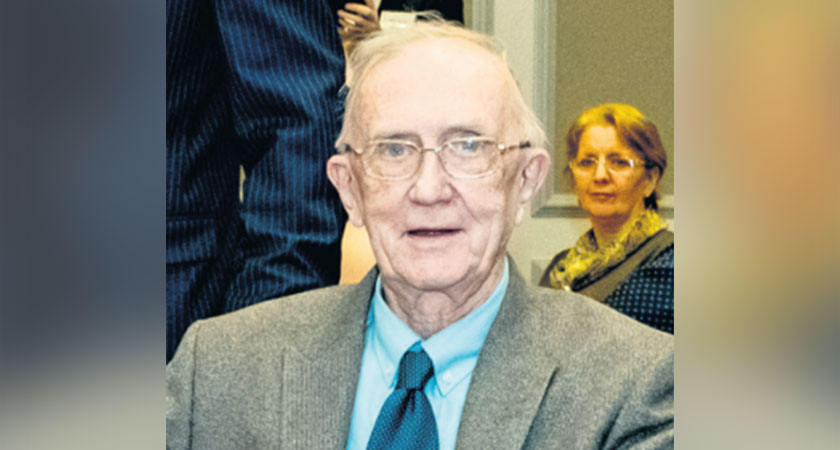 "His commitment to the community was always unwavering, as was his support for those organisations serving Irish people across Birmingham and the West Midlands.

"Brendan, with his ever-present camera bag and hilarious quick wit, was always on hand to take the perfect picture to tell our community's most important stories.

"In his passing we have lost a true community stalwart.

"He will be missed by us all, but we can be grateful for the legacy he leaves behind, in his photographic work, his achievements in support of the Irish community and the great memories we have of him.

"My sincere condolences to his family and his many, many friends. RIP Brendan."

Brendan was one of The Irish Post's most loyal and dedicated contributors, and worked tirelessly alongside founders Breandan Mac Lua and Tony Beattie from day one.

As well as his photographic skills, in those early days he played a key part in the logistics of getting the paper onto the shelves.

It was not uncommon to see him loading papers into the van to get them to shops, churches and Irish Centres across the Midlands.

Saddened to hear of the death of my former colleague Brendan Farrell. A great photographer who worked tirelessly to tell story of the Irish in the Midlands of England and beyond for so many years. Rest easy Brendan pic.twitter.com/SRFYpXJ1K3

However, it was as a photojournalist where he excelled.

As well as capturing the lives of the Irish in the Midlands, older readers of the paper will remember his popular 'Farrell's Ireland' photographic features, documenting the beauty of the Emerald Isle.

While his contribution to the paper was less frequent in recent years, he still regularly checked in with the paper's London base, keeping staff abreast of events involving the Irish community in Birmingham.

In a statement this morning, the Birmingham Irish Association paid tribute to Brendan and his contribution to the Irish Diaspora in Britain.

"This morning, we were extremely saddened to hear the news that our dear friend Brendan Farrell passed away peacefully on the 24th September," read the statement.

"Brendan dedicated his life to serving his community and worked tirelessly to capture the rich history of the Irish community in Britain.

"Details of Brendan's funeral will be released in due course. Our thoughts and prayers are with his family at this time. May he rest in peace."

This morn, we were extremely saddened to hear the news that our dear friend Brendan Farrell passed away peacefully on the 24th September. To view our message in full, please click the link below. https://t.co/hrK0sS3kYK pic.twitter.com/ixeBbLkR9c

In 2014, Brendan donated his vast photographic collection to the proposed Irish archive at the Library of Birmingham.

He was a special guest at The Irish Post's 2015 St Patrick's Breakfast at the Burlington Hotel in Birmingham, which marked the paper's 45th year.

However, the photographer was also honoured at the event, being presented with two specially designed Irish Post front pages to mark his dedicated service to the paper.

See this week's forthcoming print edition of The Irish Post for more on Brendan's life and legacy.

Irish archive will be "protected" at Library of Birmingham, despite devastating cuts