A comedian, presenter, chat show host and singer, O’Connor’s enjoyed an incredible career on the stage and screen that spanned more than 45 years.

O’Connor died in hospital just over a week after being admitted having suffered a fall at his home in Buckinghamshire.

His agent and close family friend confirmed that O’Connor died “peacefully” in his sleep this past Saturday, November 14.

"He was a joy to work with – he was talented, fun, positive, enthusiastic, kind and a total professional,” a statement from his agent read.

"He loved life, and considered enthusiasm almost as important as oxygen. He adored his family - they were everything to him.

"He is survived by his wife Jodie, their son Adam and his four daughters, Karin, TJ, Samantha and Kristina."Jodie’s world is shattered, she and Adam and Des's daughters are hurting more than you could possibly imagine.

"Des was the ultimate Entertainer. He loved being on stage – entertaining a live audience. He always said the sound of laughter was like the sound of heavenly music.

"He had a fabulous international TV career, presenting his own prime-time TV shows for over 45 years. On stage he starred at almost every leading venue throughout the world."

The son of a Jewish cleaner and Irish dustman, Desmond Bernard O'Connor was born on January 12 1932 in Stepney, East London, and experienced adversity in his formative years.

He contracted rickets as a child, a condition that required him to wear callipers on his legs and was later badly injured in a car accident.

Though he initially tried to forge a career as a footballer with Northampton Town, O’Connor discovered his true talents lay in comedy while working at a local shoe factory where he regularly reduced his co-workers to fits of giggles with his gags.

He later honed his skills as a performer during his national service with the RAF. Those shows eventually led to a stint as a Red Coat with Butlin’s before he was recruited to appear as a regular in a variety show at Newcastle's Palace Theatre in 1953.

O’Connor’s unique talents and ability to build an instant rapport with audiences soon saw him recruited to tour with a host of major music stars, including Buddy Holly.

The entertainer’s innate confidence and ability to laugh at himself translated well to the TV, where he became a regular guest on the Morecambe and Wise Show, often playing the butt of the jokes alongside the duo.

He also went on to host Des O’Connor Tonight in 1977, a variety chat show that ran for some 26 years on both the BBC and ITV.

Away from TV, O’Connor was a hugely successful singer, recording 36 albums and four top 10 singles, including I Pretend, which topped the UK singles chart in 1968.

He sold an astonishing 16 million records and spent 117 weeks in the top 10 of the charts. 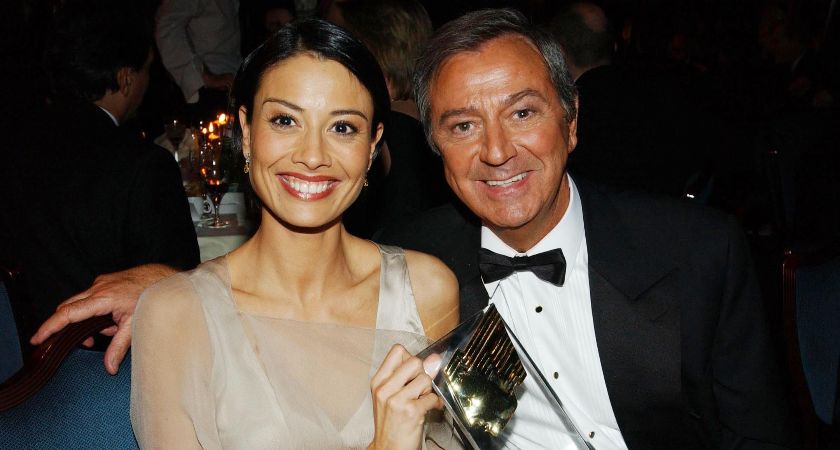 The entertainer never took himself too seriously though – his singing career was a regular topic of ridicule from Morecambe and Wise.

Married four times, O’Connor wed his fourth wife, singer-songwriter Jodie Brooke Wilson, 38, in 2007. The happy couple had one son together.

O’Connor, who was awarded a CBE in 2008, is also survived by four daughters from his previous three marriages.

A warm yet commanding presence, O’Connor entertained by the mantra “"If you are not enjoying it how do you expect them to."