THE SHOCKING discovery of a two-headed snake could be a portent of imminent disaster.

A two-headed Eastern Copperhead was discovered in northern Virginia in the US.

Handed into the Wildlife Centre of Virginia, a closer inspection of the reptile revealed the creature has two tracheas and oesophagi but shares a heart and one set of lungs.

Expert handlers also noted that the snake's left head is the more dominant of the two.

Tests also revealed it to be the more active and responsive of the two, while its esophagus is also more developed 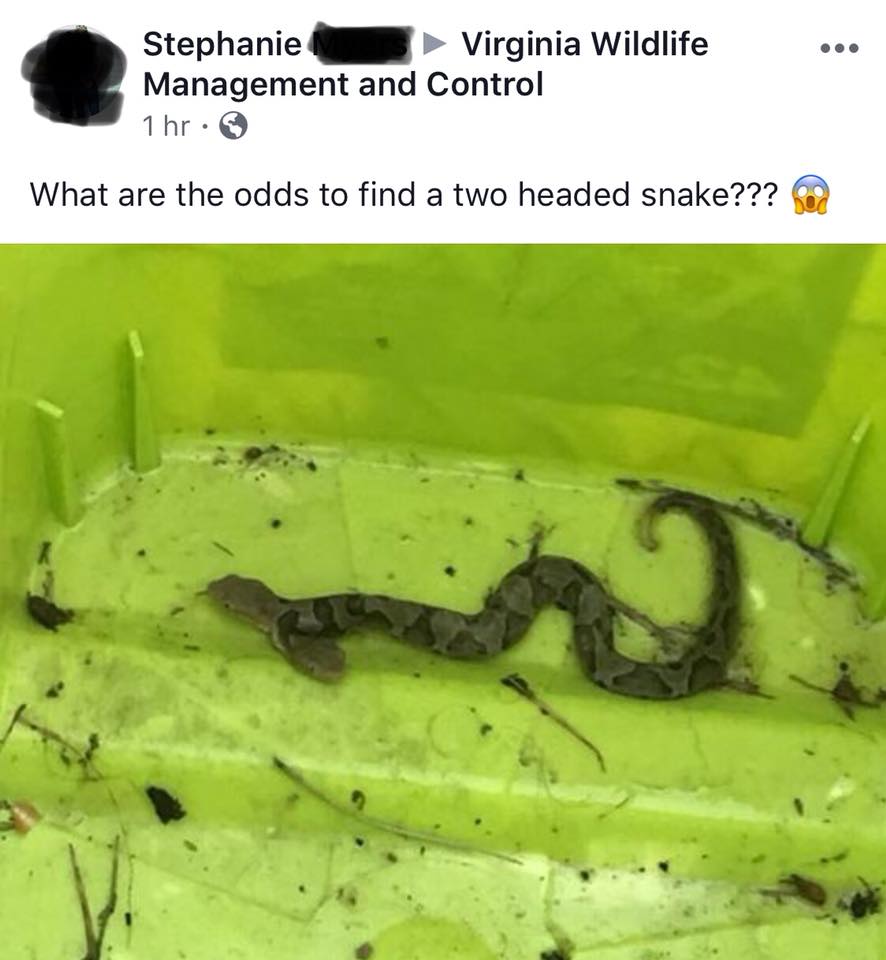 "Based on the anatomy, it would be better for the right head to eat," a posting on their website read.

"But it may be a challenge since the left head appears more dominant."

Herpetologists are now monitoring the snake, which is technically classed as a bicephalic snake.

Unfortunately, the animal is not expected to live very long - as is the norm in cases like this.

Therefore, workers at the centre will look to house the snake in a sheltered, educational facility where it will be given the best chance of survival.

Not everyone will be happy with the news of the two-headed snake's discovery though.

The rare phenomenon of animals being with two heads is considered in many cultures to be a portent of disaster.

The chances of this kind of snake being born are around one in 400 million, with many citing ancient mythology, which has previously warned that the arrival of a "monstrous" two-headed creature is an omen from God.

The Bible certainly speaks badly of them.

Snakes and serpents are mentioned over 80 times in the Good book, where they are portrayed as amoral, loathsome creatures associated with poison and craftiness.

The end could well be nigh. Or maybe not.

A message from God? Three-eyed snake discovered on roadside in Australia

Irish boy, 9, finds one of world's deadliest snakes in his garden in Offaly

Terrified Irishman shocked to discover four-foot python in his garden