'Ukip is looking out for the hard-working, ordinary British person'

UKIP’s candidate in the Blackley & Broughton constituency is Martin Power.

The 47-year-old social worker was born in London to Irish parents who migrated back to Ireland when he was two.

Their marriage failed, as did their health - both dying at an early age - and the young Martin was brought up in various industrial schools.

Latterly, he became a member of the statutory board set up by the Irish Government to oversee the £120million fund to support survivors of Irish institutional abuse.

In his early years Power saw much poverty and hardship, and he says, it was formative in his politics. “When I first came back to England in 1987 I was very interested in politics.

"Living in the Manchester area, the Labour Party was the natural home for my vote,” he says. “But then I soon realised that they took my vote for granted, and indeed every other working class vote.

"They forgot their grass roots, and basically moved away from the people they were meant to be representing. So one day I went to a UKIP meeting and realised that what they were talking about - looking out for the ordinary, hard-working British person - was what I believed in too.” 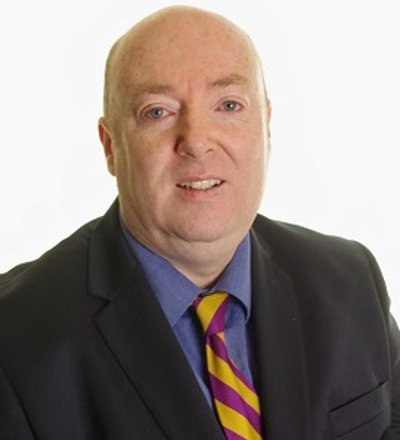 Power sees no dichotomy between his position as an outsider, he retains a strong Irish accent, and supporting a party that espouses Britishness and wants to end immigration.

“No, I see no anomaly at all. Irish people are not seen as ‘foreigners’ by UKIP, or indeed most British people,” he says. “We have a shared history, a shared language, and economically we are very important to each other.”

Official UKIP immigration policy is to introduce an ‘Australia points’ system for those wishing to come to Britain to work - basically a means of assessing your skills, education and general desirability.

This, Power believes, would not be deployed against Irish people. “I would like to think that Irish people, given their special status, would be exempt from any such system.”

Should UKIP be elected at some point in the future, and succeed in getting Britain to leave the EU, Power is certain that it would have few negative implications for Ireland.

“What would be different?” he asks. “We still trade with each other, for Irish people there would still be fee movement. But to be honest, Ireland would get more benefit out of being in the Commonwealth than being in the EU.”

Whether Power will be able to let any of his views be heard in parlaiment seems unlikely - he’s trying to overturn a Labour majority of over 12,000.

But he’s determined to keep campaigning for a party which he believes is the only one truly in step with the ‘ordinary’ British voter, and by extension, the ordinary Irish voter in Britain.