Chinese takeaway, dustpan and false leg among unusual items people have asked to be buried with

shares 41
Share this article:
A CHINESE  takeaway, a dustpan, and a false leg are among the unusual items people have asked to be buried with.
Other bizarre requests for items to be placed in coffins include a pair of clown shoes, an Argos catalogue, a pork pie and a 'Wizard of Oz' costume.
Research from the Co-op found one in five adults already know what they want placed inside their coffin, with more than half hoping for photographs, 25% wanting a teddy bear, and one in 10 asking for their favourite tipple.

David Collingwood, director of funerals at the Co-op, said: "Placing items inside coffins dates back centuries, but what we're seeing now is a shift in more people choosing exactly which personal items they want to be buried with.
"Sometimes, those items are sentimental to the deceased, such as love letters, photographs and wedding rings. Others choose items specifically to make people laugh, such as a Chinese takeaway .
"It can be a real talking point for those left behind." 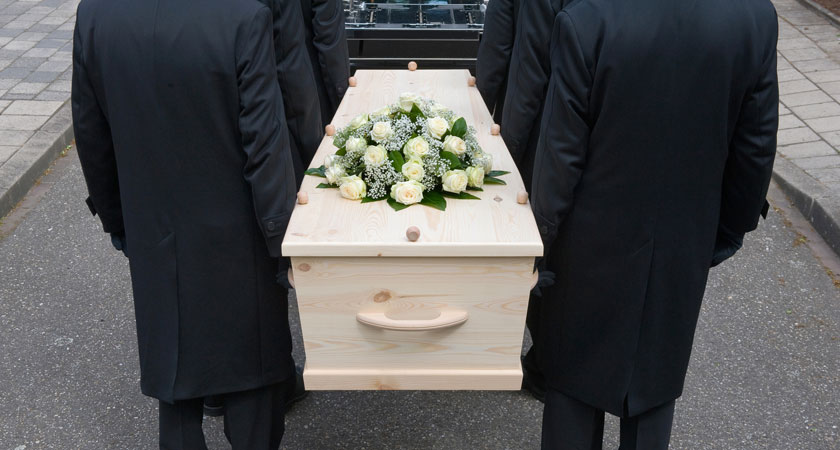 An Irish priest previously appealed for families to stop bringing “unsuitable items” like cans or beer of packets of cigarettes to the alter during funeral masses.

Writing in his weekly parish newsletter, Cork minister Fr Tomas Walsh from the Gurranabraher parish of the city urged his parishioners to give more thought to the items they bring to the altar as offertory gifts to deceased loved ones.

"Bringing things such as a can of beer, a packet of cigarettes, a remote control, a mobile phone, or a football jersey does not tell us anything uplifting about the person who has died," he wrote.

"Surely items such as a flower, a family photograph, a prayer-book or rosary reveals far more about the person who has died - and the loss he/she is to the family who grieve."

Fr Walsh later defended his comments over “inappropriate gifts” telling the Belfast Telegraph that such items are often from families and friends of little to no Christian faith.

"A can of beer or a carton of cigarettes tells nothing beautiful about a person's life," he said.

"I find when there's not much faith present, you can get appalling things. Very often it might have been the drink or smokes that had killed the person in the first place.

“It's like saying 'Mary was a chain smoker so let's bring up a packet of cigarettes' or 'Jimmy was an alcoholic so let's offer up a can of beer'."